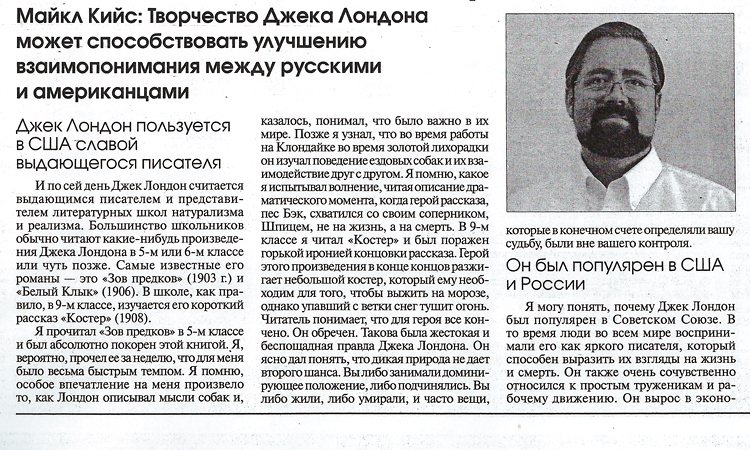 On November 24,  Novaya Gazeta vo Vladivostoke published an Op-Ed by Vladivostok CG Michael Keays honoring the 100th anniversary of the death of Jack London, one of the most celebrated American writers in Russia.  Michael Keays told the paper audience about his personal experience of reading London’s prose and explained why Americans still consider him an “outstanding writer and an example of the literary schools of naturalism and realism.”  CG Keays noted the “Vladivostok connection” (London mentions the city in his short story, “The Lost Poacher”) and highlighted similarities between Jack London’ characters and people in the Russian Far East.  The CG’s Op-Ed was followed by an essay by local writer Vasiliy Avchenko.  Avchenko covered a different aspect of London’s legacy but echoed the key idea of the CG’s discourse:  that Jack London was a person larger than life and a writer who connected – and still connects – the American and Russian people.