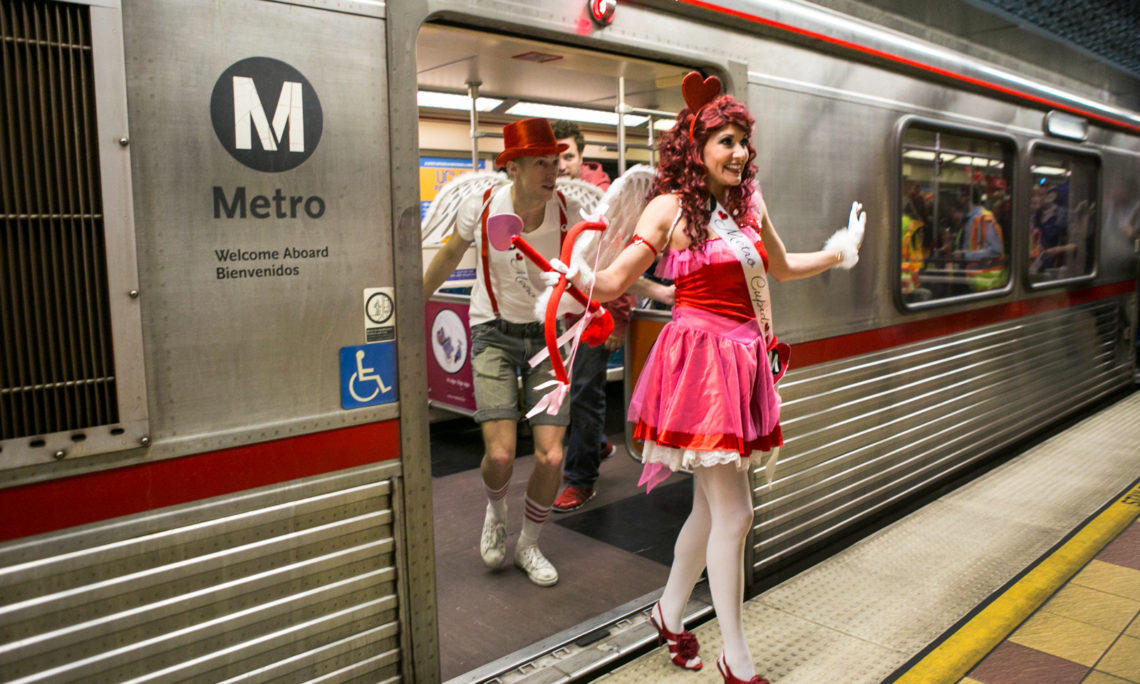 Performers dressed as “Metro Cupids” step out of a subway train in Los Angeles. (© AP Images)

In the mood for red roses, chocolates and sentimental greeting cards? These tokens of affection are exchanged each year, on February 14, by people in the United States and in many other countries observing Valentine’s Day — an unofficial holiday that celebrates love.

The exact origins of Valentine’s Day are murky, but February 14 is a day that commemorates a number of Christian saints named Valentine, and the day became associated with romantic love during the Middle Ages in England. Some historians believe Valentine’s Day also has vestiges of pagan festivals once held throughout Europe.

However it began, Valentine’s Day remains popular — and good for business. Worldwide, about 1 billion Valentine cards (or “valentines”) are sent annually. Hallmark, a U.S. greeting-card company, estimates that Americans alone send some 114 million valentines a year.

Valentine’s Day is marked differently around the world.

In the Philippines, mass wedding ceremonies are commonly performed on Valentine’s Day. And in South Africa, it’s a Valentine’s Day tradition for women to pin the names of their love interests on their shirtsleeves.

In South Korea, February 14 is when women court men with candy and flowers. (A month later, on March 14 — known as White Day — it’s the reverse, with men giving gifts to women.)

Of course, romantic dinners at fancy restaurants are Valentine’s Day traditions as well. That’s how Italians celebrate the holiday, as do lots of people around the globe, including Americans.