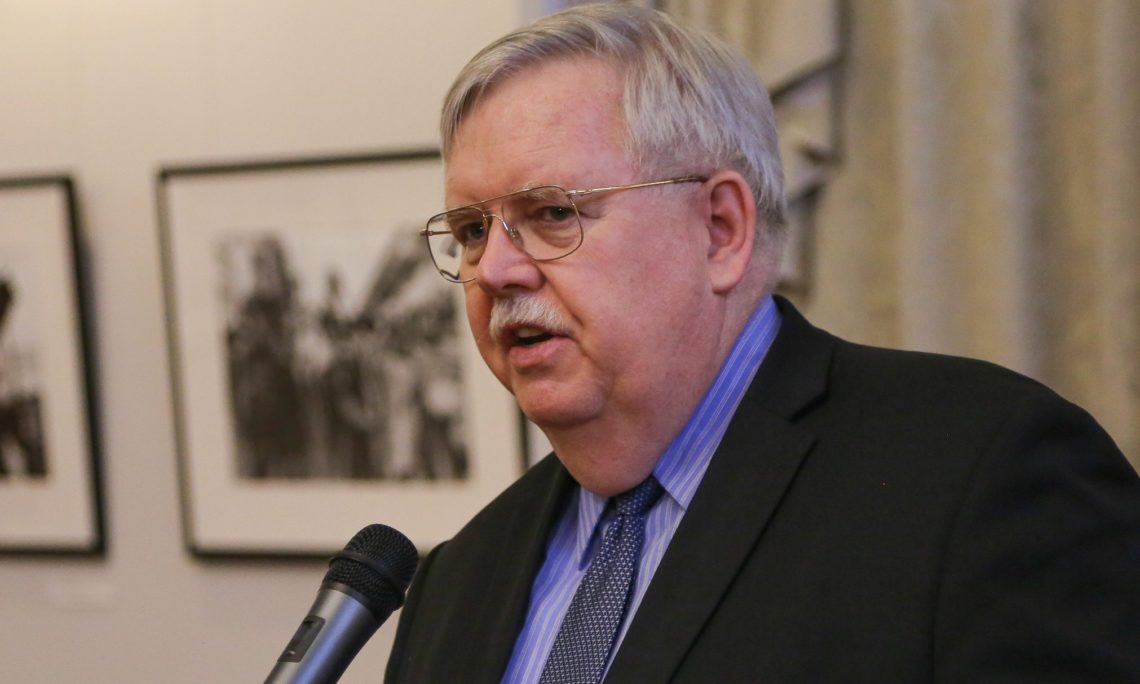 Sanctions and counter­sanctions might dominate the headlines, but the local backstory is one of mutually beneficial cooperation.

In my time in Moscow, I have sometimes encountered misunderstanding about the nature of the United States’ trade relationship with Russia, and the U.S. government’s role in it. This confusion might arise because most of the measures taken by the U.S. and EU in response to Russia’s decisions over Crimea and elsewhere in Ukraine have occurred in the economic sphere. However, these economic sanctions have been targeted at specific individuals, companies, and sectors related to those actions by Russia. There is no general embargo on trade or U.S. exports to Russia, and American companies continue to trade with Russia in some areas.

This situation is both normal and desirable. It is normal because all nations seek to increase exports as a way to create wealth and prosperity. It is desirable because trade brings together businesses and, ultimately, individuals seeking a mutually profitable relationship. For decades, people­to­people contacts have built understanding be tween nations in areas like sports, education, and the arts. Likewise, the many contacts between Russians and American business people as investors, partners, employers, suppliers, or customers have produced a deeper appreciation of our respective countries. This understanding may not have been a direct business objective, but it is a natural dividend.

As long ago as 1774, Ben Franklin wrote that “no nation is ever ruined by trade.” The long and largely successful presence of U.S. business in Russia suggests both countries agree with this maxim.

The U.S. government, in the form of the U.S. Commercial Service an agency of the Department of Commerce, actively helps American companies assess and enter new markets overseas. Across the world, these “commercial diplomats” identify market opportunities, advise American exporters, introduce prospective distributors and customers, and raise the profile of American companies and their products, services, and solutions in foreign markets.

This same agency is hard at work in Russia, helping American companies enter the Russian market for the first time and supporting those who are already here. Its sole mission is to bring business people together. In my time here, the Commercial Service offices in Moscow and St. Petersburg have led scores of Russian business people to trade shows in Europe and the United States in order to introduce leading technologies in industries as varied as mining and medical devices. This team has produced a steady stream of events promoting everything from American franchises and rail equipment to energy efficient con trollers and beauty products. I have often opened these events as a speaker, and have seen for myself the interest and enthusiasm of the American and Russian businesses participating. The atmosphere at these events is universally friendly, practical, and professional.

In 2016‑, the U.S. Commercial Service in Russia advised more than 700 U.S. companies on some aspect of the Russian market. Through their work, I have met with dozens of American and Russian companies. I am always delighted, but seldom surprised, to learn how American companies continue to contribute to the business success of Russian companies. Their technologies, services, and solutions have made their Russian customers more efficient and productive. Perhaps quietly and unobserved, American solutions deployed by Russian companies are helping to lower energy consumption, improve quality and reliability, increase worker safety, reduce processing times, and raise agricultural productivity across Russia. Attention to sanctions and counter­sanctions may some times obscure the larger and longer­standing relationship between Russian and American businesses, but we should recall that it is a relationship from which both sides benefit and through which we understand each other better.

John F. Tefft is the U.S. Ambassador to Russia.