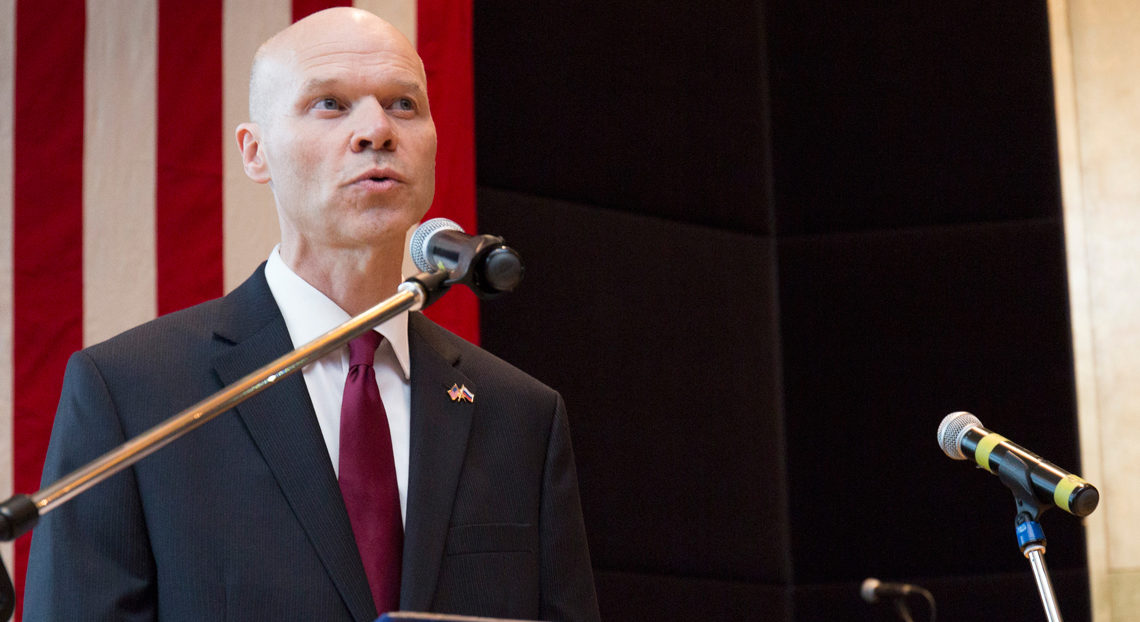 On June 29, 2016, the U.S. Consulate General in Yekaterinburg held a reception in honor of Independence Day at the Hyatt Regency Ekaterinburg. Representatives of the region’s official, cultural, educational, and business spheres attended the celebration. Following the American and Russian national anthems,

Consul General Marcus Micheli highlighted the connections between the United States and the regions of the Urals and Western Siberia. Guests relaxed to the music of American bluegrass group Student Loan Stringband, of Portland, Oregon. The Consulate General would like to thank all who joined in this celebration!