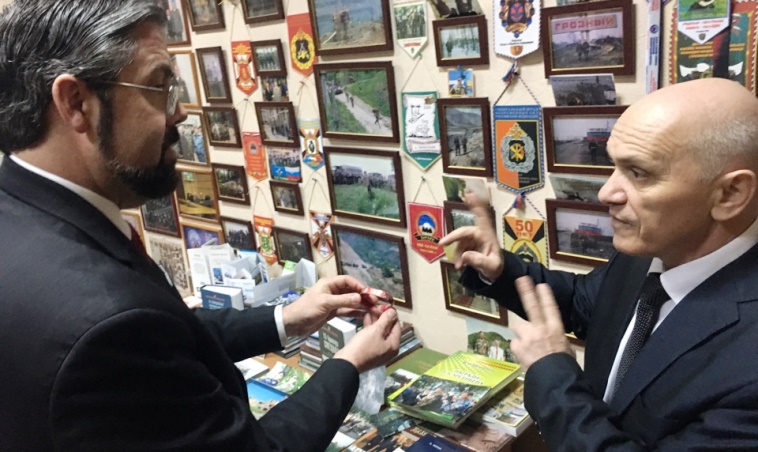 U.S. Consul General Michael Keays visited Ussuriysk for the first time on January 27, 2017 to meet with retired Colonel Vladimir Kaplyuk, President of the “Soldier” Fund, a charity and organization that looks out for the welfare and well-being of veterans of local and international military conflicts.  Mr. Kaplyuk gave the Consul General a tour of his office, reviewed with him the work his Fund has done on behalf of Russian veterans, and allowed Mr. Keays to sign a map of Afghanistan pointing to that place where Mr. Keays himself served from 2008-2009 as the State Department Representative on Provincial Reconstruction Team Ghazni.  Mr. Keays then enjoyed lunch at a local Burger King franchise, and then met with the General Director of the local John Deere distributor in neighboring Mikhailovka.  There, Mr. Keays learned of how John Deere serves its local customers, its plans for expansion, and how foreign businesses and investors can maximize their chances of doing successful business in the Russian Far East.