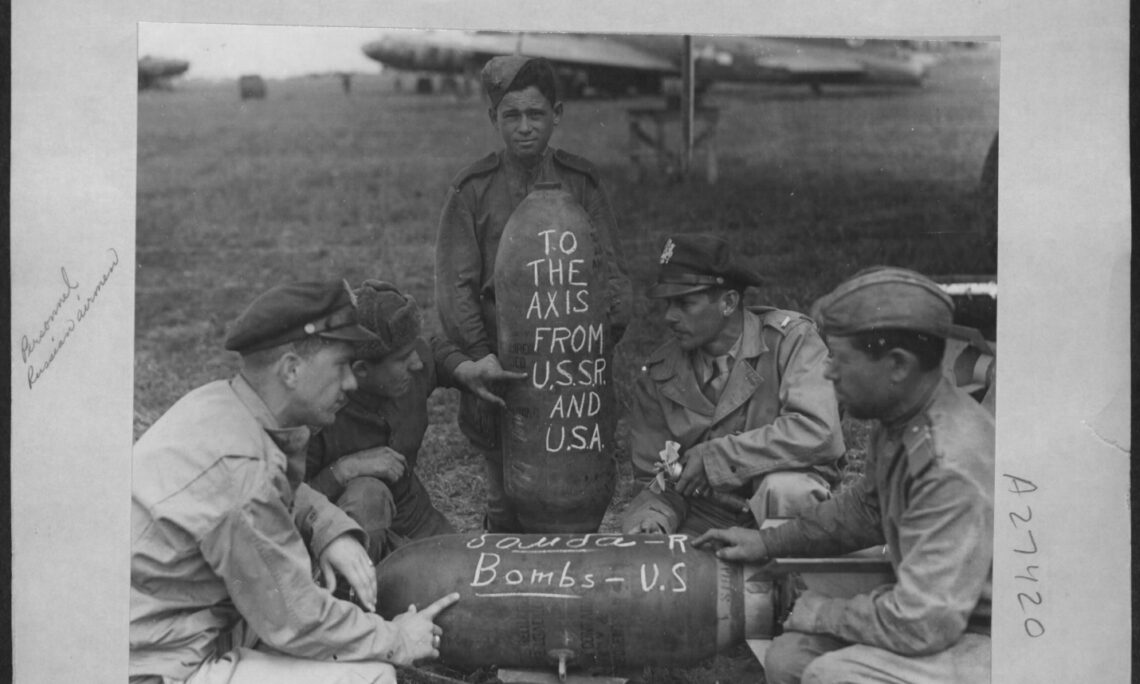 Lt. Lester D. Poehner of Ohio and Lt. Albert Hunt of Pennsylvania talk with three Soviet soldiers. The word for “bomb” is written in both English and Russian on a 250-pound general purpose demolition bomb.

This collection of little known photographs at the U.S. National Archives shows American and Soviet soldiers working together in training, sport, meals, and entertainment at the joint US-Soviet base operations in Eastern Europe during World War II.

At the Tehran Conference in November 1943, President Franklin D. Roosevelt proposed to Premier Joseph Stalin the idea of joint air bases for US and Soviet aircraft in Eastern Europe. Stalin agreed to the plan, and American bombers landed and based themselves at air bases in Soviet territory after striking Nazi territory.

The photographs show the remarkable collaboration between the US and Soviet troops stationed at these airbases.