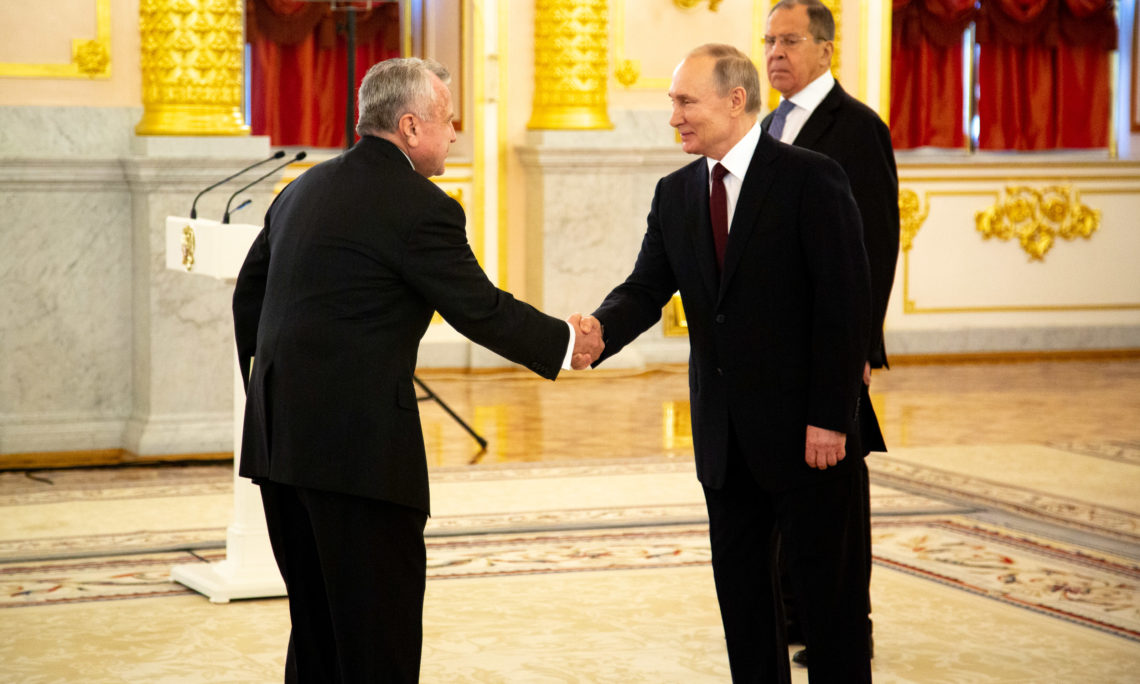 U.S. Ambassador to the Russian Federation John J. Sullivan presented his credentials today to President Putin in a ceremony held in the Kremlin’s Alexander Hall.

“As the U.S. Ambassador to the Russian Federation, I have been tasked by President Trump to improve our bilateral relationship and open channels of communication.  I have long held an appreciation for Russia’s rich history and culture and look forward to exploring the full breadth of this country, including traveling to our consulates in Vladivostok and Yekaterinburg.  The people of our two countries have much in common, and I am committed to working with the Russian government on the areas of strategic and global importance where we have shared interests,” said Ambassador Sullivan following the ceremony.

Prior to joining the Department of State, Ambassador Sullivan was a partner in Mayer Brown LLP, and co-chair of the law firm’s national security practice. From 2010 to 2016, he was the Chairman of the U.S.-Iraq Business Dialogue, a governmental advisory committee on United States economic relations with Iraq.

A native of Boston, Massachusetts, Ambassador Sullivan received his bachelor’s degree from Brown University and his law degree from the Columbia University School of Law, where he was a Harlan Fiske Stone Scholar and Book Reviews Editor of the Columbia Law Review. Ambassador Sullivan was a law clerk for Associate Justice David H. Souter of the Supreme Court of the United States, and for Judge John Minor Wisdom of the United States Court of Appeals for the Fifth Circuit.