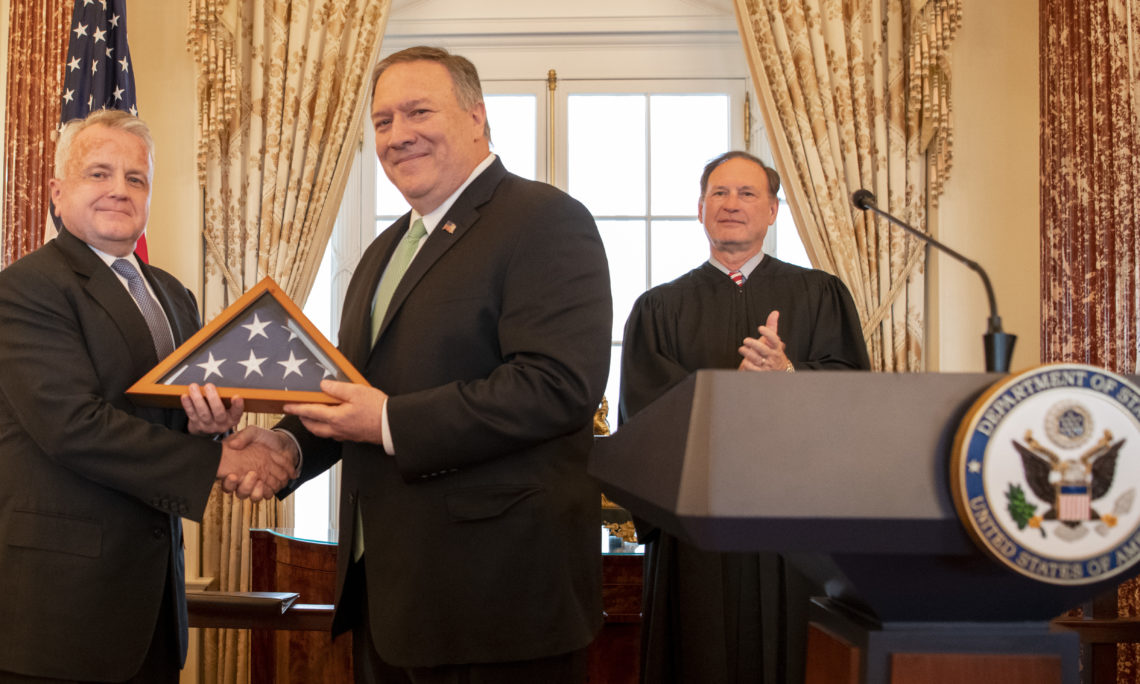 On January 10, 2020, at a ceremony presided over by Secretary of State Mike Pompeo, Associate Justice of the Supreme Court Samuel Alito swore in John J. Sullivan as the new U.S. Ambassador to the Russian Federation. Friday’s ceremonial event followed the Ambassador’s official swearing in by the Secretary of State on December 23, 2019.

Ambassador Sullivan plans to arrive in Moscow on January 16 and present his credentials to the Russian government soon thereafter.

Ambassador Sullivan looks forward to enhancing the overall bilateral relationship and strengthening U.S.-Russian cooperation on several global and regional issues of mutual interest. In addition, the Ambassador will lead the Embassy and its Consulates in Yekaterinburg and Vladivostok as they further U.S. foreign policy goals, protect American citizens, and expand trade and business opportunities between the United States and Russia.