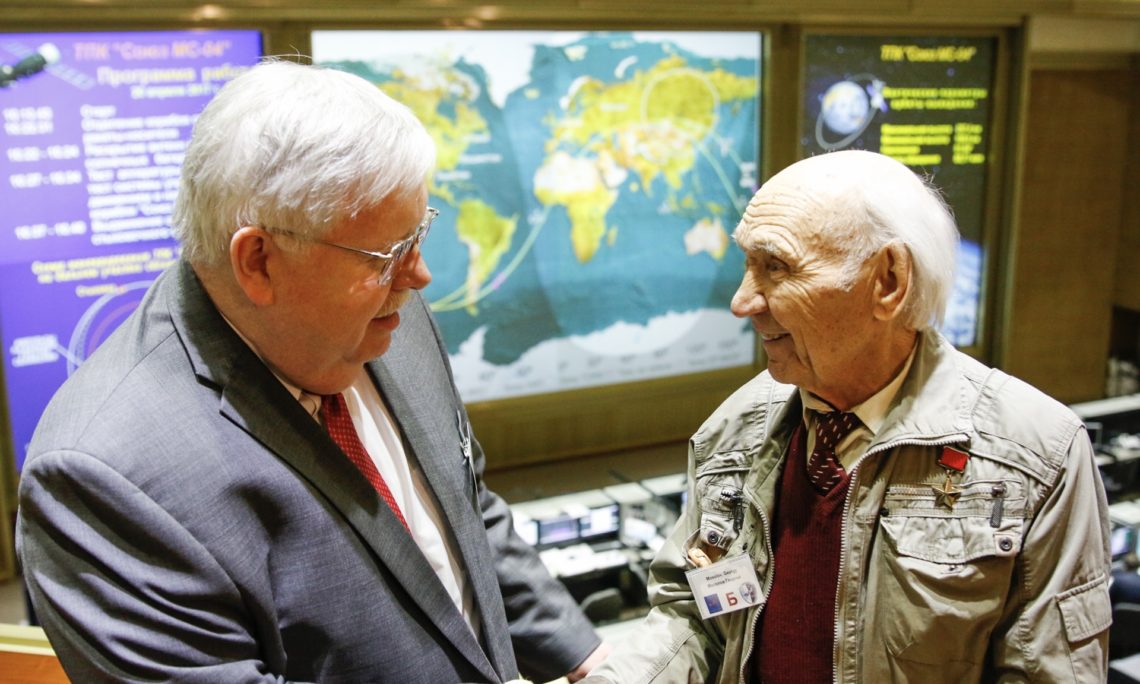 U.S. Ambassador John Tefft and his wife Mrs. Mariella Tefft today visited Mission Control Center Moscow (TsUP) to observe the successful launch of the Soyuz 50S/MS-04 spacecraft with U.S. astronaut Jack Fischer and Russian cosmonaut Fyodor Yurchikhin to the International Space Station. After the launch, Ambassador Tefft congratulated Mr. Oleg Gorshkov, General Director of the Central Research Institute for Machine Building, which oversees TsUP. “This is one of the areas of U.S. – Russian cooperation that we’re all very proud of, and we see a bright future ahead of us,” Ambassador Tefft said.

(In the image above: Ambassador Tefft with renowned Soviet test pilot Georgi Mosolov)