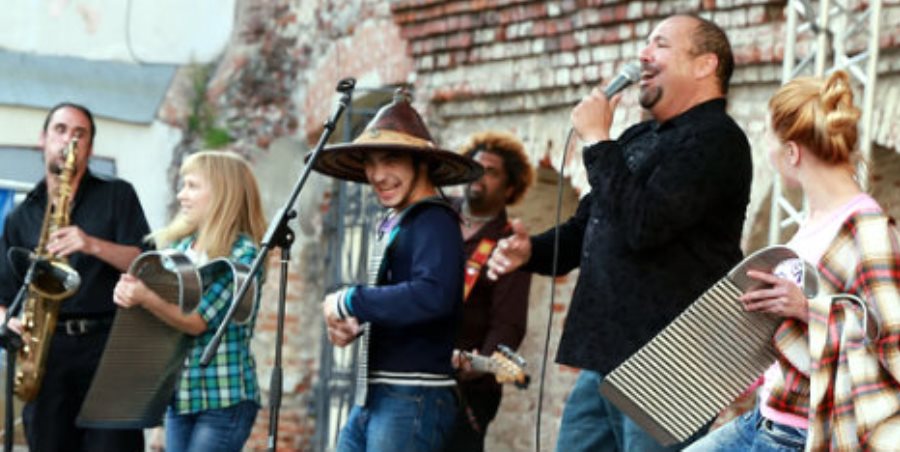 On July 15 – 20, the Terrance Simien & the Zydeco Experience group from New Orleans introduced the Russian public to the music of zydeco. Zydeco combines the charm of French folk music and vigorous rhythms of the African, Caribbean and Creole melodies. The leading musical instruments used for performances are accordion and… washboard.

Two times “Grammy” award winners performed in three cities in Northwest Russia: Kaliningrad, Vologda, and Izborsk. In Kaliningrad the group gave a two-hour concert at the Philharmonic hall; the foot-tapping Creole melodies under the Gothic vaults of a former Protestant church made sophisticated Kaliningrad public applaud vigorously to Terrance Simien and his band. The success of the tour was continued and escalated in the three places of the Vologda Region: the Vologda Kremlin, City of Belozersk, and Semenkovo Open-Air Museum, where American musicians performed under the frames of the VI International Festival of American Folk Music in Northwest Russia. The cheered to the echo public’s enthusiasm sky-rocketed when the musicians played on rubber boards and brought spectators onto the stage to play along with the band.

The success of the tour culminated in the ancient Russian town of Izborsk where Terrance Simien hosted a culinary show preparing the special Louisiana treat of sauce piquant in addition to the musical concert. Both shows were accompanied by storming applauses and greetings of the public. This was a true dialogue of two countries and two cultures.

See the photos of the tour on our Flickr page.