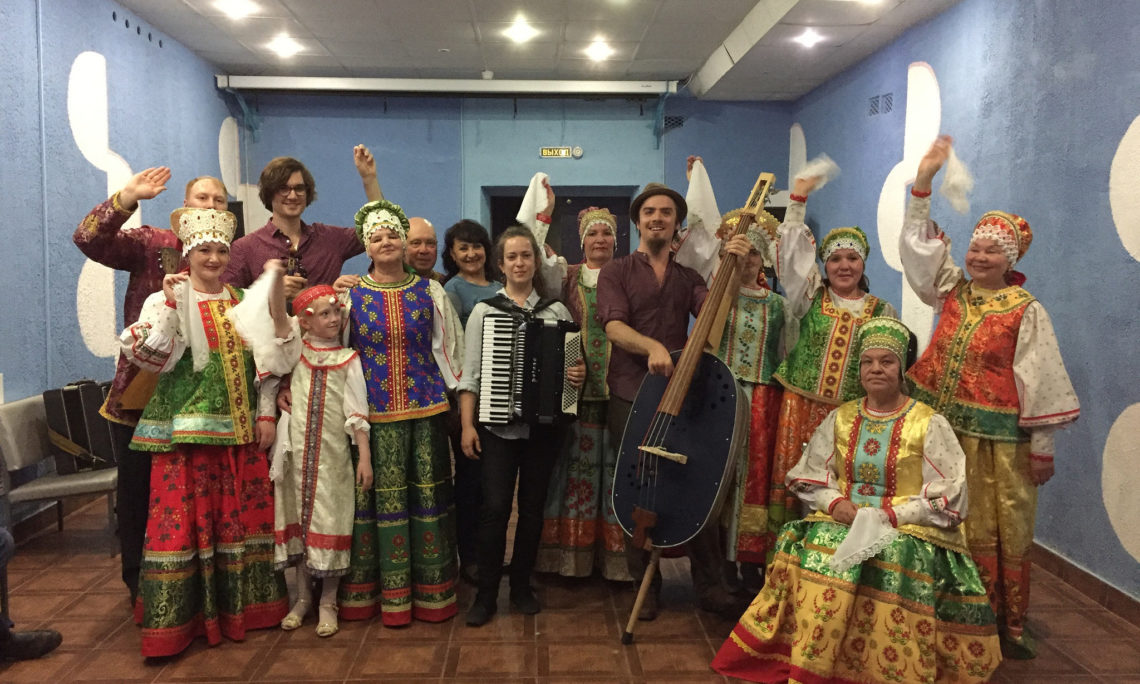 In May, Three For Silver, a folk rock band from Portland, Oregon, spent ten days in the Urals giving a great number of concerts, talking about America’s folk traditions, conducting workshops for students at local music schools, and also going on radio shows in Perm and Yekaterinburg.
Three For Silver’s original music captured audiences immediately, and people sang along with the band when they performed a couple of Russian songs which the American musicians had learned specifically for their tour of the Russian Far East and the Urals. The performances of Three For Silver gathered over 600 people at the Diaghilev Festival in Perm and a full house in the Everjazz Club in Yekaterinburg.

Our guests from Portland played along with the remarkable ensemble Izumrud at the Yekaterinburg Theater of Musical Comedy, where the Russian and American artists received a standing ovation from an amazed audience. Lucas Warford, Lauren Sertain and Greg Allison from Three For Silver said that their visits to the regional cities were unforgettable adventures. In the village of Ilinsky (Perm Region) the musicians were deeply touched by the traditional Russian greeting with bread and salt, and they also became acquainted with the history of the Stroganoffs. In the industrial city of Satka (Chelyabinsk region) the grateful audience took selfies with the American guests and talked to them for over an hour after the concert. The artists also visited the incredibly beautiful Zyuratkul National Park. At the end of their trip to the Urals, Three For Silver performed at a charity event in support of the upcoming First World Congress for People with Disabilities, which will be held in Yekaterinburg on September 7-10.