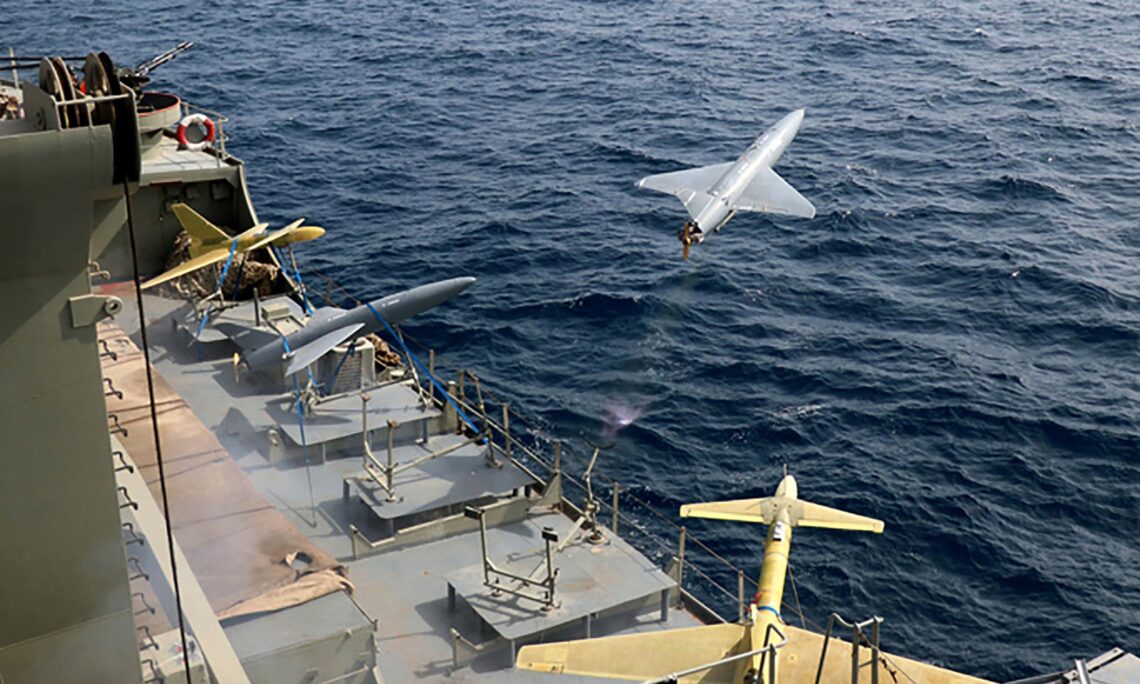 FILE - In this photo released by the Iranian Army on Aug. 25, 2022, a drone is launched from a warship in a military drone drill in Iran. As protests rage at home, Iran's theocratic government is increasingly flexing its military muscle abroad. That includes supplying drones to Russia that now kill

Today, we are imposing sanctions on three Russian entities connected to Moscow’s growing military relationship with Tehran – a relationship that includes the transfer of unmanned aerial vehicles (UAV) from Iran. The Kremlin is deploying these UAVs against Ukraine, including in large-scale attacks on civilian infrastructure.

The Department of State is designating the Russian Aerospace Forces (VKS), 924th State Center for Unmanned Aviation, and the Command of the Military Transport Aviation (VTA) pursuant to Section 1(a)(i) of Executive Order 14024 for operating or having operated in the defense and related materiel sector of the Russian Federation’s economy. VKS was the intended beneficiary of the Russia-Iran agreement on transferring UAVs; the 924th State Center for Unmanned Aviation sent personnel to Iran for training on operating Iranian UAVs; and VTA was involved in the transfer of UAVs from Iran to Russia.

Russia’s acquisition and Iran’s provision of these certain UAVs are in violation of UN Security Council Resolution 2231 and further fuels the conflict in Ukraine. The United States will continue to use every tool at our disposal to disrupt these transfers and impose consequences on those engaged in this activity.