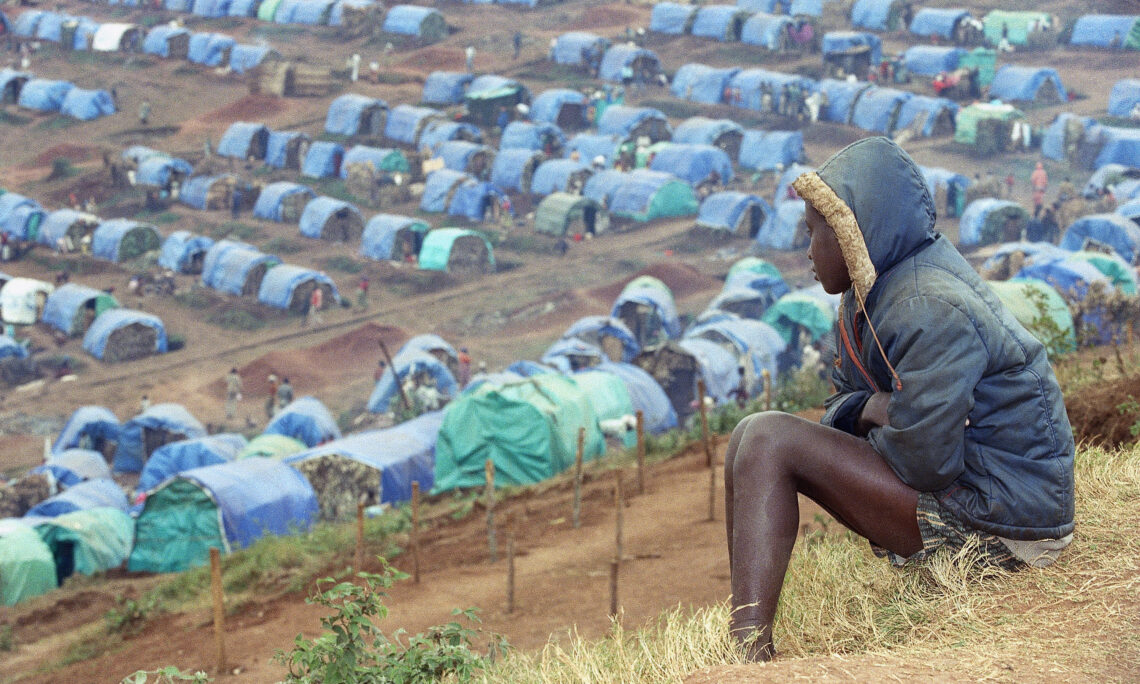 FILE - A young Tutsi refugee gazes upon the Tutsi camp of Nyarushishi, on August 25, 1994, 6 miles southeast of Cyangugu, Rwanda. A frail 87-year-old Rwandan, Félicien Kabuga, accused of encouraging and bankrolling the 1994 genocide in his home country goes on trial Thursday, Sept. 29, 2022, at a Un

The United States welcomes the opening statements in the trial of Félicien Kabuga at the Hague branch of the International Residual Mechanism for Criminal Tribunals (IRMCT), the successor mechanism to the International Criminal Tribunal for Rwanda (ICTR). Indicted for genocide and crimes against humanity, Kabuga is accused of acting as the primary financier of the militia and political groups that perpetrated the genocide in Rwanda in 1994.

After nearly a quarter century as a fugitive, Kabuga faces prosecution for allegedly using his power, vast resources, and influence to incite the killing of hundreds of thousands of Tutsi civilians. He is accused of enabling the radio broadcast of messages identifying and denouncing Tutsis, as well as providing weapons and transport to Interahamwe militia members who carried out acts of genocide. The United States strongly supported the establishment of the ICTR by the United Nations Security Council and worked closely with the IRMCT in the long effort to bring Kabuga to justice, including by offering a reward for information leading to his arrest or conviction through the Office of Global Criminal Justice’s War Crimes Rewards Program.

Nearly three decades after the genocide, the United States, through the War Crimes Rewards Program, continues to seek information leading to the arrest of the four remaining suspects indicted by the IRMCT. We commend the milestone of this trial and remain dedicated to pursuing justice for the victims.