Home Главная страница | News & Events | ‘The Nutcracker’: A holiday classic in the U.S. 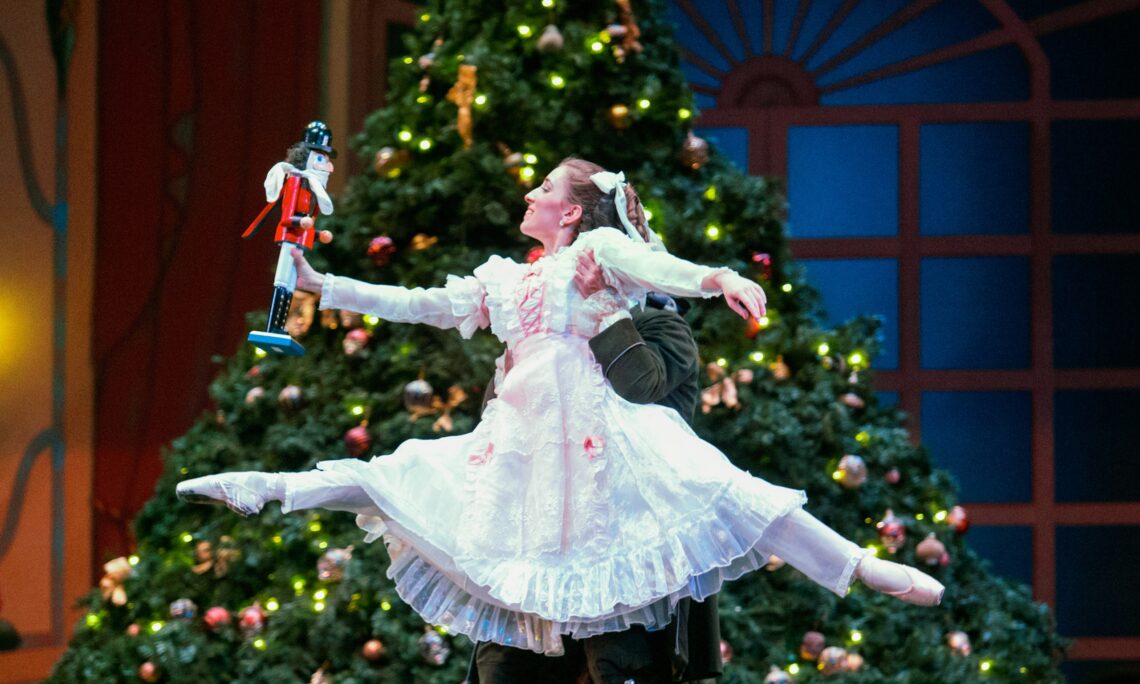 Adrienne Pelletier in the Maine State Ballet's production of "The Nutcracker" in which she plays Clara, who befriends a nutcracker that comes to life on Christmas Eve. (© Derek Davis/Portland Portland Press Herald/Getty Images)

In many U.S. households, it’s not Christmas without seeing The Nutcracker. The ballet is a favorite holiday tradition for millions of Americans, young and old. It’s easy to see why, with dancing sweets, a Sugar Plum Fairy and a Nutcracker who comes to life to battle an evil Mouse King. The ballet premiered in St. Petersburg in December 1892, featuring the music of 19th century composer Pyotr Tchaikovsky and the choreography of Marius Petipa and Lev Ivanov. It is loosely based on E.T.A. Hoffmann’s original story The Nutcracker and the Mouse King.

For some U.S. ballet companies, The Nutcracker attracts nearly as many audience members as the rest of the year’s shows combined. The New York City Ballet, one of the top ballet companies in the world, makes about 45% of its annual ticket sales from its roughly five-week run of The Nutcracker, Reuters reported in 2021. More than 100,000 people see its production each year. Since the production features so many children, ballet schools across America likewise put on their own versions.

Schools draw in parents, grandparents and young people, introducing many to ballet and a new holiday tradition. “We have members of our audience who saw the production as kids who are now bringing their grandkids to the production,” New York City Ballet Artistic Director Jonathan Stafford told PBS in 2021. For those who can’t make a live performance, a holiday ritual for many U.S. families is to watch the 1977 “Baryshnikov’s Nutcracker,” starring Mikhail Baryshnikov. The 78-minute production is available on many public television stations or streaming services. Americans also like to add new interpretations to the classic. The Hip Hop Nutcracker, shown in several U.S. cities, features Tchaikovsky’s classic score with contemporary and hip-hop dancers. Some venues offer performances tailored to families with members on the autism spectrum or other sensory sensitivities.

Natalie Rouland, a scholar of Russian literature, culture and performing arts, credits Russian dancers Sergei Diaghilev, Michel Fokine and Anna Pavlova and others for introducing ballet to many in the U.S. when their companies toured America between 1909 and 1929. Emerging as the next key figures of American ballet: choreographer George Balanchine and dancer Alexandra Danilova, both of whom were born in St. Petersburg. Balanchine founded the School of American Ballet in 1934 and the New York City Ballet in 1948. Danilova coached dancers from national and local companies, including the American Ballet Theatre, the San Francisco Ballet, the Cincinnati Ballet and the Washington Ballet, “in the rigorous technique and magisterial repertoire” of the Russian theater system, Rouland said. “The art of Russian ballet has left a lasting legacy on the American landscape, and through the ritualistic tradition of The Nutcracker, its past becomes present every holiday season.” U.S.-Russian relations have gone through many phases over the years. Despite the damage done to the United States-Russia relationship by Putin’s war in Ukraine, time-honored Russo-American traditions like The Nutcracker highlight the United States’ continued cultural ties with the Russian people.