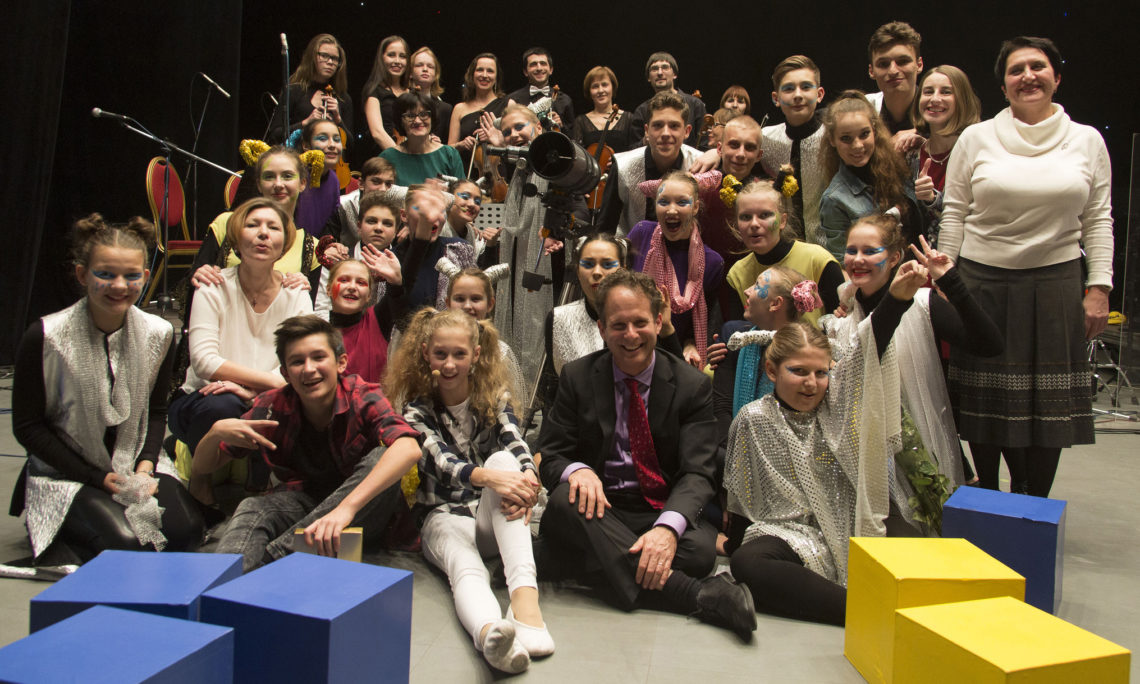 The opening night performance of the musical, “Message from Saturn,” written by U.S. jazz pianist, composer and educator Eli Yamin provided a magnificent conclusion to his 2016 tour of the Urals. This first performance of his musical outside of the United States occurred on November 19 at the “Ural Center” where a full house had gathered. The next day the cast performed “Message from Saturn” in the city of Nizhnyaya Tura at the “Take Five” All-Russia jazz contest for youth. The cast featured both professional musicians –a jazz band and a string orchestra – and children – the students of Music school #1 and #4 from Yekaterinburg.

Eli Yamin, the composer, conducted the show and played the piano. The characters of the musical “Message from Saturn” as well as the audience learned about the blues and its healing power. For the crew the “Healing song” at the finale of the musical also symbolized the progress the group made together, and became a frequent refrain throughout the groups rehearsals and travels together. Without a doubt, the workshops and performances by Eli Yamin and his Quartet left a deep mark on the musical life of the Urals.