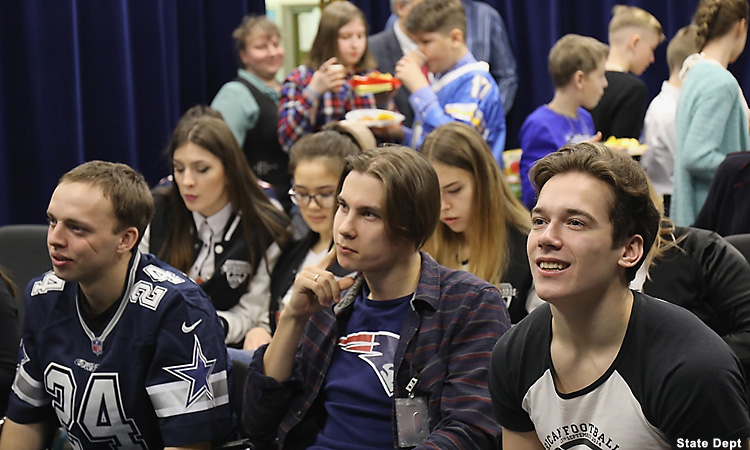 Thanks to Houston’s location 16 time zones away from the Russian Far East, the Consulate in Vladivostok was able to broadcast the Super Bowl on Monday morning in a spectacular Public Diplomacy event promoting sports, a healthy life style, mutual understanding, and inter-generational dialogue. The core groups of participants were university-aged football players and school-aged students from Vladivostok and Artyom schools.  Before the kick-off, Consul General Michael Keays introduced participants to Super Bowl history and explained how this event has become similar to a national holiday in the U.S.  After the first quarter, the Consulate organized a telephone conference with George Hypolite, a former Carolina Panthers defensive tackle, who told young Russians about his emotions as a professional player watching his friends competing in the Super Bowl.  During half-time, the captains of the male and the female Vladivostok football teams engaged school kids in a Q&A session about American football. They introduced boys and girls to the basics of the game and explained why they love this sport.  They also let the youngsters try on football gear. 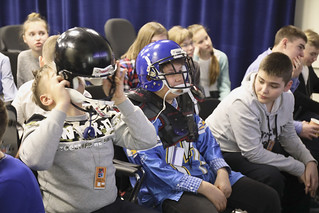