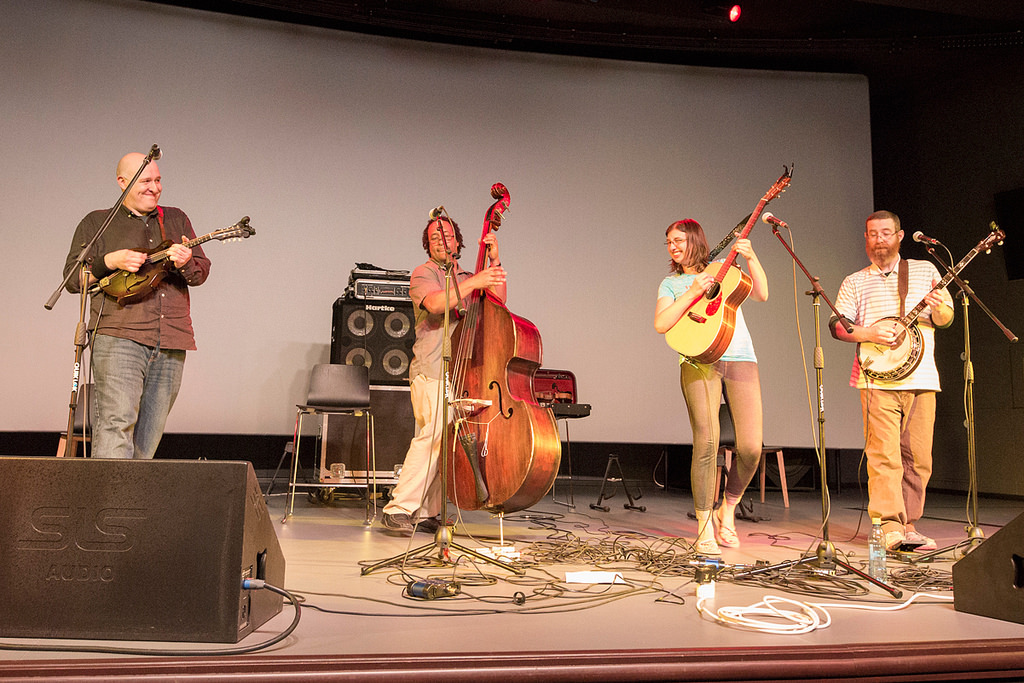 Portland-based Student Loan Stringband spent two weeks in Russia as cultural ambassadors supported by the U.S. Department of State. From June 28 through July 10 the band had an intensive schedule, playing shows almost every night.  Their performances at official Independence Day receptions in Yekaterinburg and St. Petersburg brought an authentic spirit to the American celebration.  The band held shows and media events in Yekaterinburg, Vyborg, Revda and Chelyabinsk, and led workshops for young musicians and musicians with disabilities.