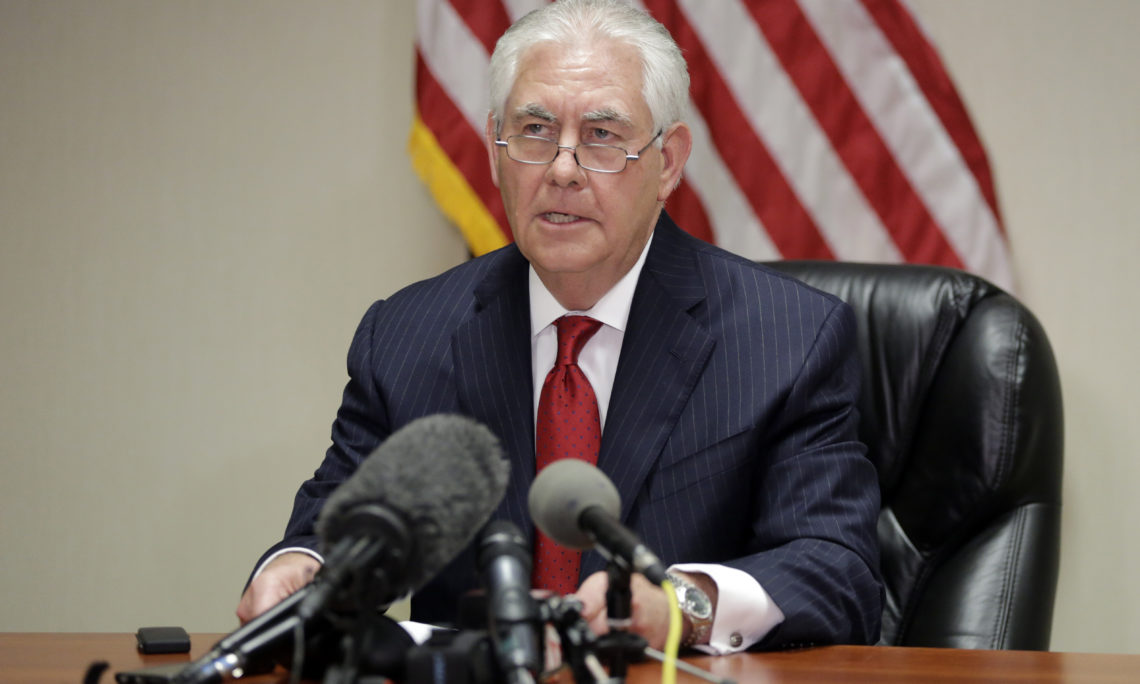 SECRETARY TILLERSON:  Good evening, all.  I particularly want to try to just give you a little bit of background on how we got to the statements by the President and the actions that were taken tonight.

As you’re well aware, Bashar al-Assad has carried out chemical attacks this past week on civilians, including women and children, and carried out attacks earlier this – last month, March 25th and 30th, in Hama province as well.  We have a very high level of confidence that the attacks were carried out by aircraft under the direction of the Bashar al-Assad regime, and we also have very high confidence that the attacks involved the use of sarin nerve gas.  At least the past three attacks, we have fairly high – we have high confidence on that.

I think it’s also important to recognize, as I think everyone does, the chaotic circumstances that exist on the ground in Syria, with the presence of a battle underway to defeat ISIS, the presence of al-Qaida elements inside of Syria, and a civil war that is underway.  So clearly, one of the existential threats we see on the ground in Syria is, if there are weapons of this nature available in Syria, the ability to secure those weapons and not have them fall into the hands of those who would bring those weapons to our shores to harm American citizens.

So there are a number of elements that, in our view, called for this action tonight, which we feel is appropriate.  We feel that the strike itself was proportional because it was targeted at the facility that delivered this most recent chemical weapons attack.  And in carrying this out, we coordinated very carefully with our international partners in terms of communicating with them around the world, and I would tell you that the response from our allies as well – in Europe as well as in the region in the Middle East has been overwhelmingly supportive of the action we’ve taken.