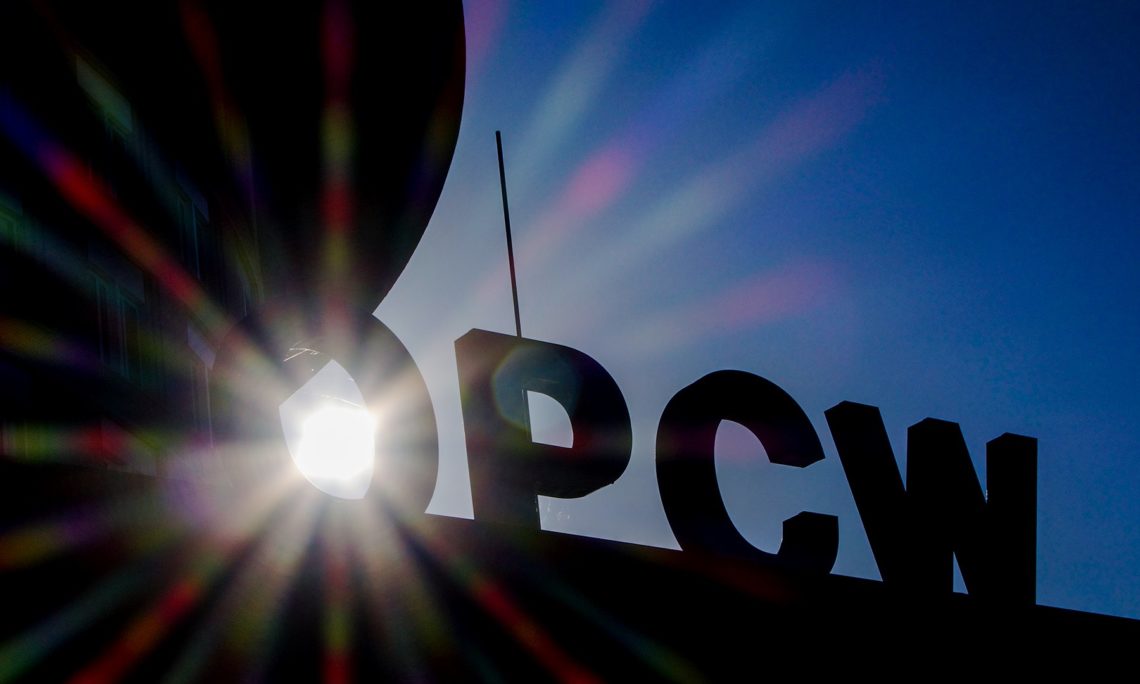 Remarks
Ambassador Kenneth D. Ward, Permanent Representative of the United States of America to the OPCW
The Hague, Netherlands
April 16, 2018

Mr Chairperson, Mr Director-General, distinguished ambassadors and delegates,
It is utterly deplorable that, once again, the Executive Council must address a horrific chemical weapons attack by Syria. On 7 April, just three days after this Council convened – on the anniversary of the 4 April 2017, Khan Shaykhun attack – the Syrian city of Douma came under an intense chemical weapons attack which killed dozens of innocent civilians and injured hundreds more. Initial reports indicate the attack in Douma could result in a similar level of civilian casualties as experienced by the town of Khan Shaykhun last year. These horrors need to stop.

After years of repeated and systematic use of chemical weapons, the chemical weapons attack in Douma represents yet another escalation of the Assad regime’s barbaric chemical weapons attacks on its own people. The Assad regime continues to terrorise its own citizens despite international condemnation for its use of chemical weapons. This use has been confirmed by the independent and impartial OPCW-United Nations Joint Investigative Mechanism. It remains undeniable that the Syrian Government is in flagrant, indeed contemptuous, violation of international law, including the Chemical Weapons Convention and United Nations Security Council resolutions.

The United States of America would like to commend the Director-General for promptly mobilising the Fact-Finding Mission (FFM) to investigate the Douma attacks. We call on all parties to ensure that the FFM can investigate the Douma attacks safely, quickly, and with unfettered access. However, it is our understanding the Russian Federation may have visited the attack site. We are concerned they may have tampered with it with the intent of thwarting the efforts of the OPCW Fact-Finding Mission to conduct an effective investigation. This raises serious questions about the ability of the FFM to do its job.

On 13 April, U.S., French, and British forces undertook military operations against the Syrian regime. Our strikes were focused on degrading Syria’s chemical weapons capabilities and deterring further use, consistent with U.S. and our allies’ policies on Syria. The U.S. and its allies made efforts to minimise the risk of civilian casualties in the planning and execution of these strikes. The military strikes by the United States of America and our allies were legitimate, proportionate, and justified.

The United States of America has tried repeatedly to use diplomatic, economic, and political tools to stop the Assad regime’s use of chemical weapons. We have sought action at the United Nations. We have tried imposing sanctions in partnership with the EU and other countries. However, the Russian Federation has stood in the way of every effort the United States of America and our partners have taken to address this unacceptable situation. The Russian Federation has repeatedly undermined efforts at the OPCW to pressure the regime to surrender its remaining chemical weapons stockpiles and completely dismantle its programme. The Russian Federation has also used its veto power six times over the past year to block United Nations Security Council resolutions and prevent the regime from being held accountable for its continuous use of chemical weapons. Although Russia agreed to a cessation of hostilities under United Nations Security Council resolution 2401 (2018), it has not abided by any of its terms and has only used the resolution as a tool to further the Assad regime’s military aims and facilitate Syria’s further use of chemical weapons against its own people.

Perhaps most telling, the Russian Federation took away the world’s ability to attribute the chemical weapons attacks in Syria by vetoing the renewal of the OPCW-United Nations Joint Investigative Mechanism – an impartial, independent technical body mandated to investigate responsibility for chemical weapons use in Syria. Indeed, just days ago on April 9 and 10, the United Nations Security Council met in emergency session, and once again the Russian Federation vetoed a draft resolution that would have re-established an independent and impartial attribution mechanism that could hold the perpetrators accountable for their atrocities.

By shielding its ally, the Russian Federation has failed to live up to its guarantee underpinning the 2013 Framework Agreement that Syria would cease all use of chemical weapons and fully declare its entire stockpile for verifiable destruction. By continuing to cover for Assad’s chemical weapons use, the Russian Federation has not only become morally complicit, but has betrayed the Chemical Weapons Convention and United Nations Security Council Resolution 2118 (2013). As Ambassador Haley said, “Russia could stop this senseless slaughter if it wanted to, but it stands with the Assad regime and supports it without any hesitation.”

Syria’s continued use of chemical weapons, and the Russian Federation’s continued refusal to rein in its Syrian ally through bilateral and international action, necessitated—indeed demanded—a response. The purpose of these recent military operations taken together with key partners is not simply to hold Assad and other regime officials accountable for these atrocities, but to degrade the regime’s capability to commit them, and to deter the use of these grotesque weapons in the future by the Syrian regime.
The images of dead and dying children following the Syrian regime’s most recent chemical weapons attack represent a call to action among the world’s civilised nations.
Countries that have the ability—but fail—to hold chemical weapons users accountable render themselves enablers, if not complicit, in these outrages. Further, the failure to respond will not only embolden the Assad regime, but also convince despots around the world that weapons of mass destruction can be used with impunity.

Responding to the use of the world’s most abhorrent weapons is essential to preventing their normalisation. With each chemical attack that goes unaddressed, the world grows progressively desensitised to their horror. If this trend continues, we can expect the increased acquisition and use of these weapons by additional states in the future, and that undermines the security of all.

Our strikes against Syria are part of a broader U.S. effort to deter and de-normalise the use of chemical weapons. Over the last year, we have imposed hundreds of sanctions on individuals and entities complicit in chemical weapons use in Syria and in North Korea, and designated entities in Asia, the Middle East, and Africa that have helped facilitate WMD proliferation activities. We also expelled 60 Russian intelligence officers working under diplomatic cover in response to the Russian Federation’s involvement in the Salisbury attack. We will continue to identify those aiding, abetting, or performing such atrocities, to call them out, and prevent their illicit activities. Everyone must be made to understand that the costs of using chemical weapons will always outweigh any military or political benefits.

I ask that my statement be designated an official document of this special meeting of the Executive Council and posted on the external server and the public website.