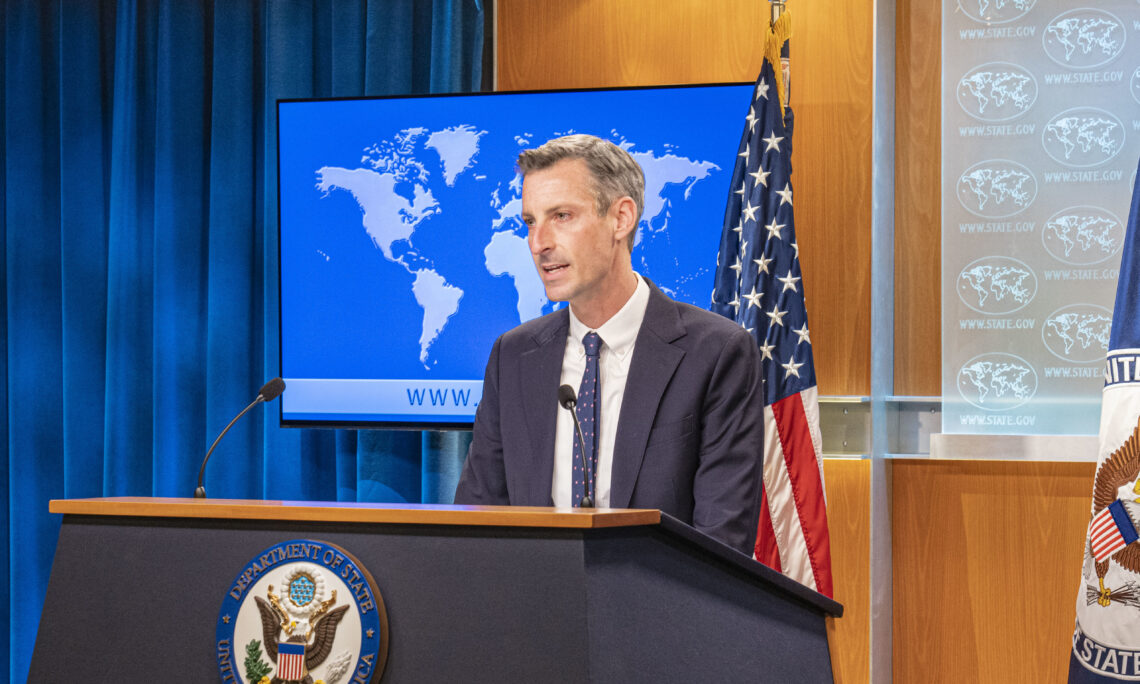 Last week, Russian authorities initiated a new criminal case against opposition leader and anticorruption campaigner Aleksey Navalny for allegedly, quote, “propagating extremism, calling for terrorism, financing extremist activity, and rehabilitating Nazism.” Those, of course, were their charges. These charges could result in a cumulative 30 years’ imprisonment. Only two days before the outrageous new charges were issued, an appeals court in Moscow rejected Mr. Navalny’s latest appeal, and today marks 644 days since Mr. Navalny was unjustly imprisoned.

The United States is deeply concerned by the Kremlin’s escalation of its harassment of Mr. Navalny and continued disregard for human rights. The Russian Government’s ludicrous, cynical references to Nazism fool no one outside of the echo chamber of lies it has imposed on the population of Russia through its censorship and disinformation. The United States condemns Russia’s continued contempt for democratic principles as demonstrated by the unjust harassment, prosecution, and imprisonment of Russian citizens who seek to exercise their human rights and fundamental freedoms. We once again join Mr. Navalny’s family, his colleagues, and his supporters around the world in calling for his immediate and unconditional release.