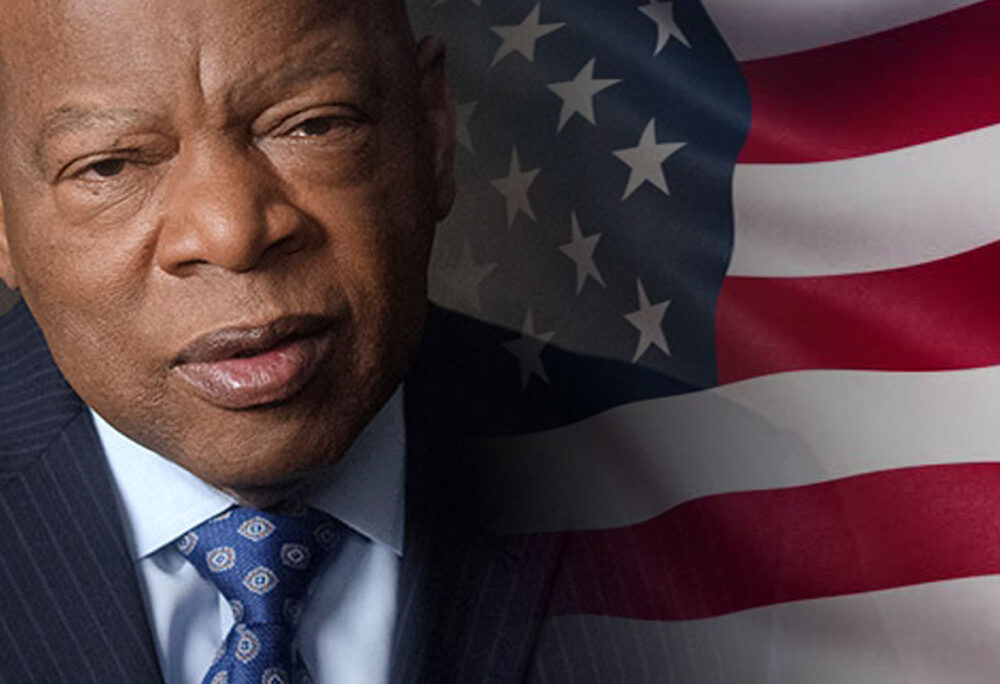 On Friday, July 17, our country lost a civil rights icon, Representative John Lewis, following a six-month battle with pancreatic cancer.  When he was diagnosed with the disease, John Lewis took it in stride, stating that he had been in some kind of fight – for freedom, equality, and basic human rights – for nearly his entire life.  He was the last surviving speaker from the March on Washington for Jobs and Freedom in 1963, where he addressed a crowd at the Lincoln Memorial with Martin Luther King, Jr.  He did much more than talk, leading peaceful demonstrations across the decades against racial injustice, and in the 1960s, was often beaten or jailed for his actions.

On March 7, 1965, John Lewis led 600 people in a march across a bridge in Selma, Alabama, to demand voting rights that they had been denied.  This peaceful protest turned violent as the police beat the marchers and Lewis bore the brunt of the violence, suffering a fractured skull, in what became known as Bloody Sunday.  Every year in early March, John Lewis and politicians from both parties have walked across that bridge, retracing those momentous steps in recognition that the journey toward equality for all is not yet complete.

A lesser person would have recoiled in fear and given up.  John Lewis did neither, getting up from each beating and emerging from every stint in jail to resume his battle for equal rights for the African American community, to battle injustice, and to counter hate.  Animosity did not drive him, rather it was hope, courage, and dignity.  In 1987, John Lewis began a 30+ year career as a United States representative for the people of Atlanta, but always sought to promote what he and other civil rights leaders called a broader “beloved community,” a world without poverty, racism, or war.  Over time, he came to be known as the “Conscience of the Congress,” encouraging members to do what is right and vote their conscience on a host of issues.

As our country battles the coronavirus and continues to confront the unfinished work of racial justice, we should remember that John Lewis always believed that there were better days ahead.  He encouraged people not to get lost in a sea of despair, to be hopeful and optimistic, and to struggle every day, week, month and year, to improve our tomorrows.

In recognition of John Lewis’s more than 50 years of service to our country and his commitment to the realization of equal rights for all, the flag of the United States of America will fly at half-mast today at our Embassy in Moscow.

To learn more about Representative John Lewis and his legacy:

The Library of Congress: Remembering John Lewis: The Power of ‘Good Trouble’ (article)