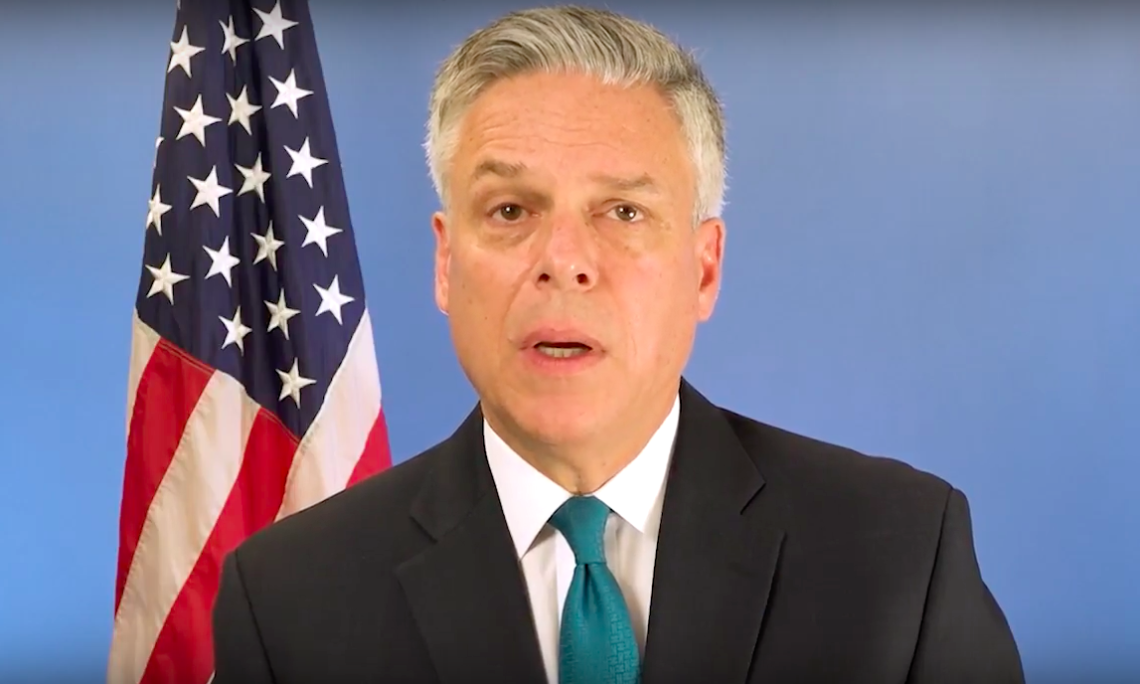 Statement by Ambassador Jon Huntsman on the Situation in Syria - April 14, 2018

I’m Jon Huntsman, United States Ambassador to Russia.  Amid everything that has happened in recent days, I wanted to be sure that you heard directly why the United States and others have resolved to take the actions that we have in Syria.

As the President said, the chemical weapons attack by the Syrian regime against innocent civilians in Duma, Syria on April 7 was horrifying and required an immediate response from the international community.

Although some have tried to obscure the truth, the fact is that a large amount of credible reporting – some of which is easily available to the public – indicates that chemical weapons were used in Duma on April 7 – an attack that took place in an area of Syrian regime operations.  These reports are consistent with the Syrian regime’s established pattern of chemical weapons use.

The United States has called on all members of the international community to hold the perpetrators of these horrific attacks accountable.  Our allies agreed on the necessity for a strong, joint response that would demonstrate the world’s resolve that the use of chemical weapons cannot be allowed to continue.

Before we took action, the United States communicated with the Russian Federation to reduce the danger of any Russian or civilian casualties.  All of the targets were directly linked with the Asad regime’s illegal chemical weapons program.

This is not about a conflict between superpowers, but about the principle that the use of chemical weapons is simply unacceptable.

We would still welcome cooperation with a Russia that will do the right thing and join the rest of the world in condemning the Asad regime for its horrific actions and ensuring they cannot happen again.

We are ready to engage with Russia on this issue, but we cannot and will not tolerate the Asad regime’s use of these horrific, illegal weapons.