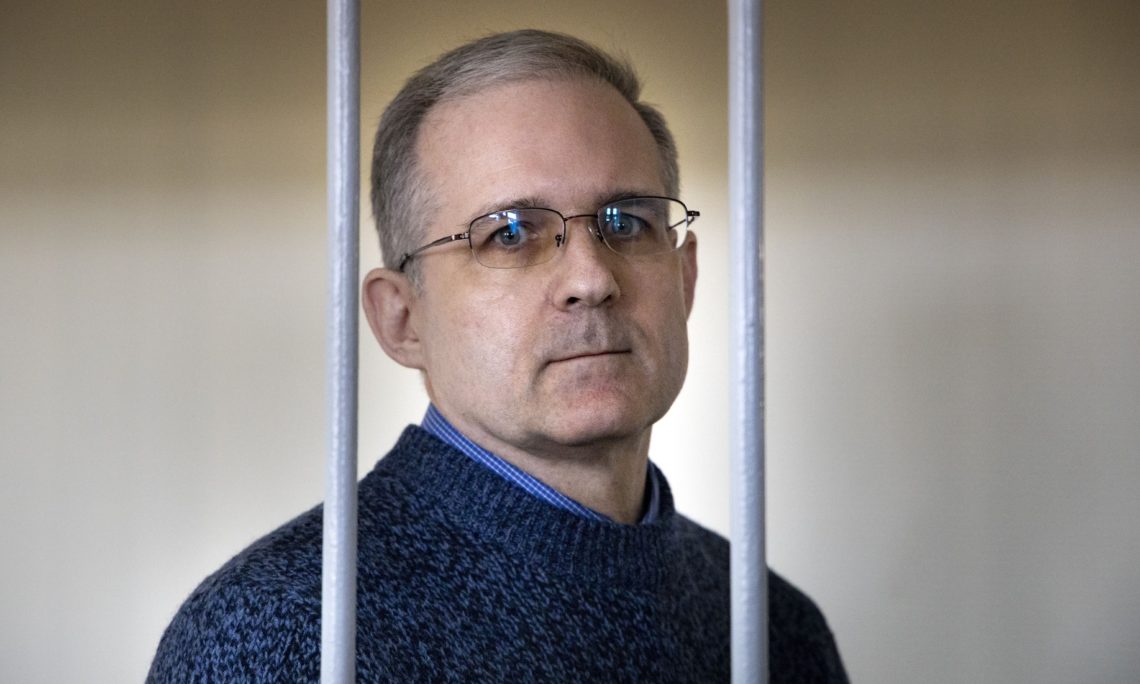 FILE- In this Aug. 23, 2019, file photo, Paul Whelan, a former U.S. marine who was arrested for alleged spying in Moscow on Dec. 28, 2018, speaks while standing in a cage as he waits for a hearing in a court room in Moscow, Russia. Whelan, who has been imprisoned in Russia on spying charges for near

It is during challenging times like these that we must not lose sight of what is fundamentally important.  As the U.S. Ambassador to Russia, my highest priority is the security and well-being of all U.S. citizens in this country.  This includes Paul Whelan, a U.S. citizen who has been unjustly imprisoned for nearly 16 months and is currently undergoing a trial for spurious charges.

What is more disheartening is that Paul has not been able to talk with his family in 16 months  – not one phone call to his elderly parents, brothers, or sister.   As much of Russia prepares to celebrate Easter this Sunday, I call on the authorities to allow Paul to speak with his family.  One phone call on this important holiday will be a godsend to Paul and his family at a time when the entire world, including the United States and Russia, is suffering from the COVID-19 pandemic.

Speaking of suffering, Paul continues to endure complicated medical issues that are potentially life threatening and require treatment.  We have repeatedly asked for our doctors to visit Paul but have been met with only denials.  I remain concerned about Paul’s health and welfare; he needs medical care and he needs to go home.  That’s the bottom line.

I came to Moscow with a charge from President Trump to improve the relationship between the United States and Russia, and I am working hard on doing exactly that.  The entire case against Paul – the circumstances of his arrest, total lack of evidence, and ongoing imprisonment – is not only morally wrong and legally suspect but represents a significant obstacle in the U.S.-Russia bilateral relationship.  The Russian government needs to release Paul from Lefortovo prison and let him go home.

As this process moves forward, I hope we all see a fair and transparent judicial process for Paul and his family.  Every citizen of every country in the world deserves that.

As I have said before, this is a human right enshrined in the United Nations’ Universal Declaration of Human Rights:  Everyone is entitled to a fair and public hearing by an independent and impartial tribunal, and everyone has the right to be presumed innocent until proven guilty by such a tribunal.

I continue to call on the members of the Russian and international media to help ensure that Paul Whelan is accorded a fair and transparent trial.  By reporting facts and not speculation, journalists play a key role in this important process.