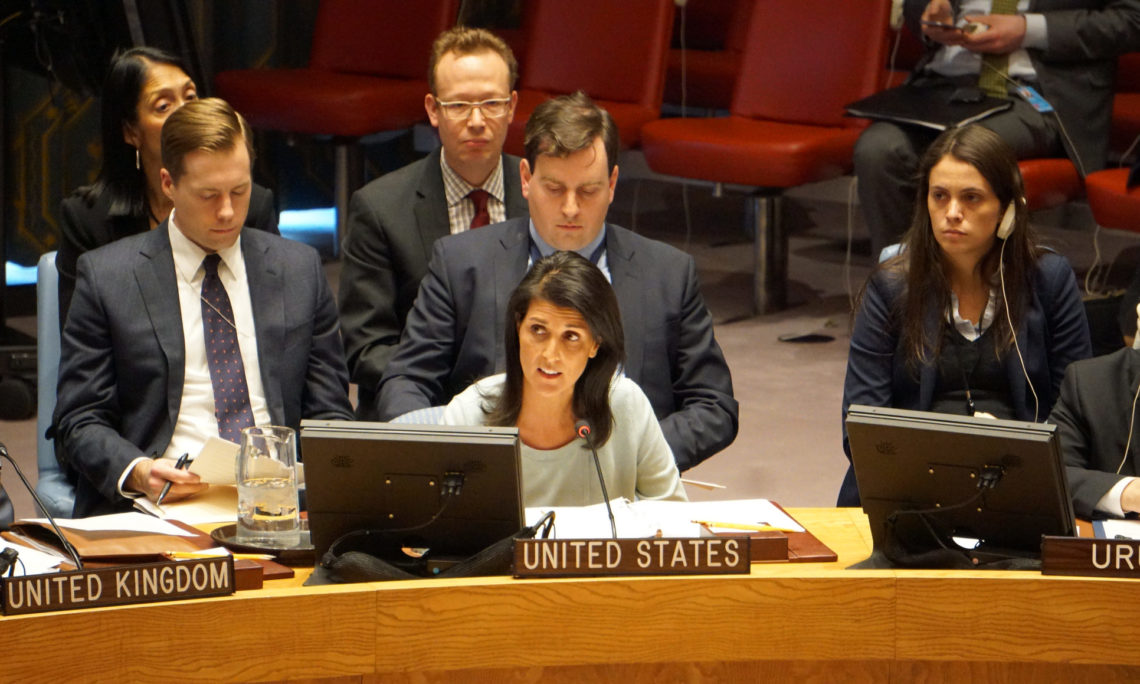 I think what we saw in there was pretty amazing, because you had unity in the fact that we needed to be concerned about chemical weapons being used in Syria. You had an overwhelming vote to say we need an investigative mechanism that would prove that these chemical weapons were being done by the Syrian regime. Now you’ve got the results that have come out, and people don’t like what the results are. It is ridiculous. How much longer is Russia going to continue to babysit and make excuses for the Syrian regime? People have died by being suffocated to death. That’s barbaric.

So what we’re going to do is – we were given all these reasons on why we shouldn’t propose the resolution. We were given all these reasons on why the timing was wrong. That is exactly why the timing is right. That is exactly why this resolution needs to happen. Whether people are going to veto it or not, you are either for chemical weapons or you’re against it. People died because of this, and the United States isn’t going to be quiet. Thank you.