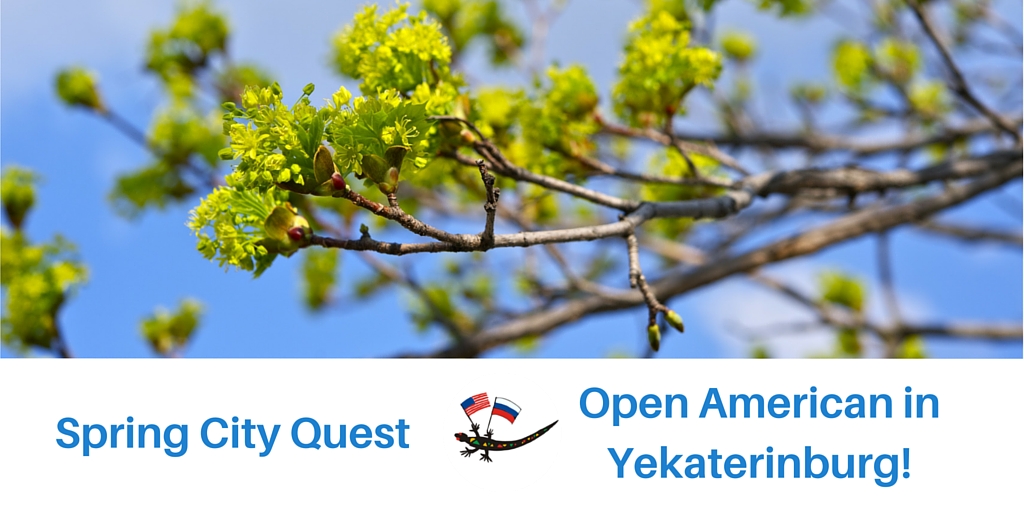 On April 23rd, 60 people took part in our annual scavenger hunt, highlighting Russian-U.S. ties in Yekaterinburg. Over the course of two and half hours, students and teachers visited ten stations in the center of Yekaterinburg to complete various challenges about Russia, the U.S. and the English language.  They caught a football in full American football gear; reported news at a radio station; prepared a burger; and much more.  This year, we were delighted to have participants from around Sverdlovsk Oblast, including from Revda, Krasnoufimsk and Novouralsk.  All participants and volunteers received certificates of completion, and the winners were invited to Young Diplomats Day at the U.S. Consulate. Photos from this year’s Quest are here: https://goo.gl/utVxdo