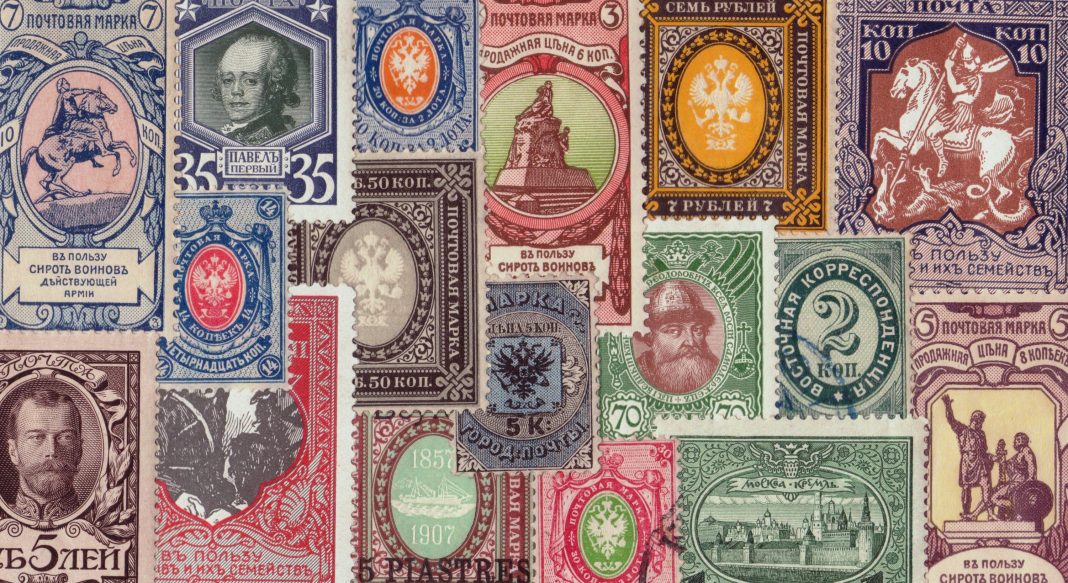 One of the world’s greatest collections of stamps from Imperial Russia is in the Smithsonian Institution’s National Postal Museum in Washington.

“With varieties not known to exist within any other museum stamp collection in the world, these exceptional stamps reflect the culture and history of pre-revolutionary Russia,” the museum says.

The whereabouts of the collection, consisting of some 14,000 stamps issued in czarist Russia between 1857 and the start of the Bolshevik Revolution in 1917, were a mystery until the past decade. It includes many one-of-a-kind pieces acquired from notable collectors, such as Agathon Fabergé, a philatelist and son of Peter Carl Fabergé, of the House of Fabergé.

The collection was formed from the 1920s to the 1940s by George H. Kaestlin, a Russian émigré living in England. Only a few of his fellow philatelists at the time knew that Kaestlin was assembling a collection of this magnitude. Kaestlin left instructions that his collection be kept intact, and in 1984 his niece donated the collection to the Smithsonian.

Many years would pass, due to the backlog of processing and cataloging philatelic donations at the Smithsonian, before the collection was rediscovered in 2011, following a query by State Department staffers working on U.S.-Russian cultural relations.

In 1862, Czar Alexander II created a system of local assemblies called zemstvos, or “land councils,”  to allow rural communities greater autonomy. The imperial mail system did not serve these areas, so many zemstvos began their own courier services, and started to issue their own stamps.

Eventually, more than 150 zemstvos issued stamps. The Kaestlin collection’s holding of Zemstvo stamps is one of the best ever assembled, containing many rare items. Here are a few:

All images are courtesy of the Smithsonian National Postal Museum / G. H. Kaestlin Specialized Collection of Russian Imperial and Zemstvo Stamps (Acc. No. 1984.1026).