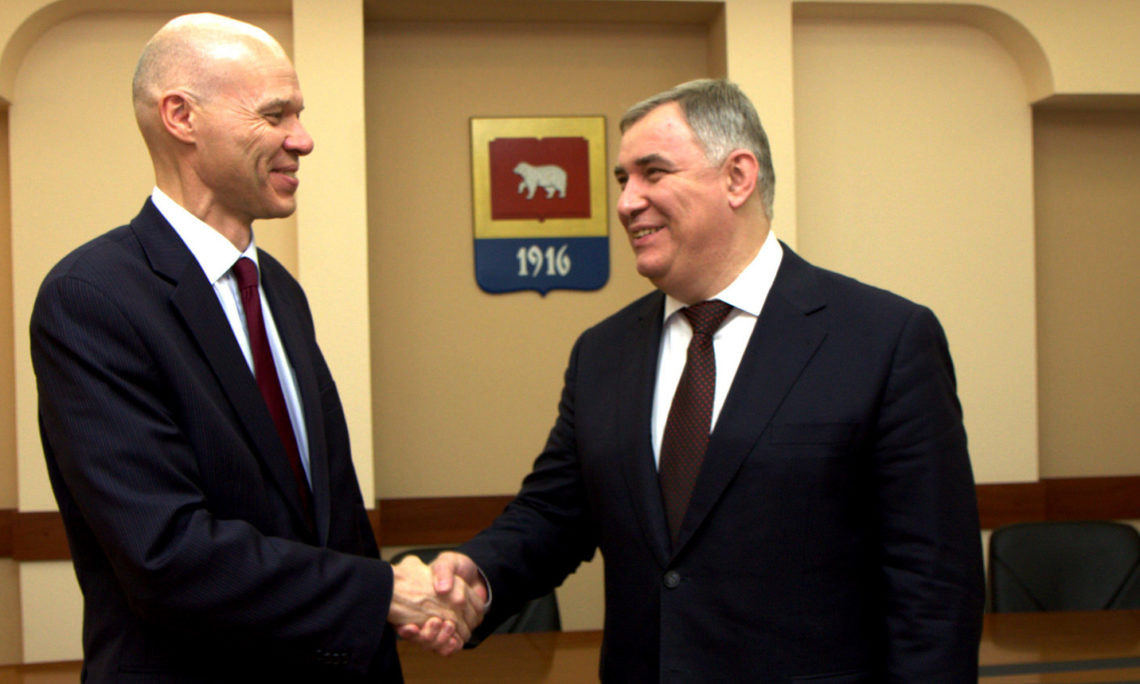 The Consul General also took part in a meeting of the Perm-Louisville Sister Cities Committee, and awarded its members with letters of appreciation on the 60th Anniversary of the Sister Cities International.  In his remarks Mr. Micheli pointed out that “Thanks to local civic and business leaders working together through the sister cities relationship, communities around the world receive access to best practices and opportunities of intercultural dialogue and cooperation.  This, undoubtedly, serves the universal goals of peace,

safety and prosperity for all.” The sister cities relationship between Louisville, KY, and Perm, Russia, was established in 1994, and has been fostering people-to-people ties in academic, cultural and business spheres for more than twenty years.