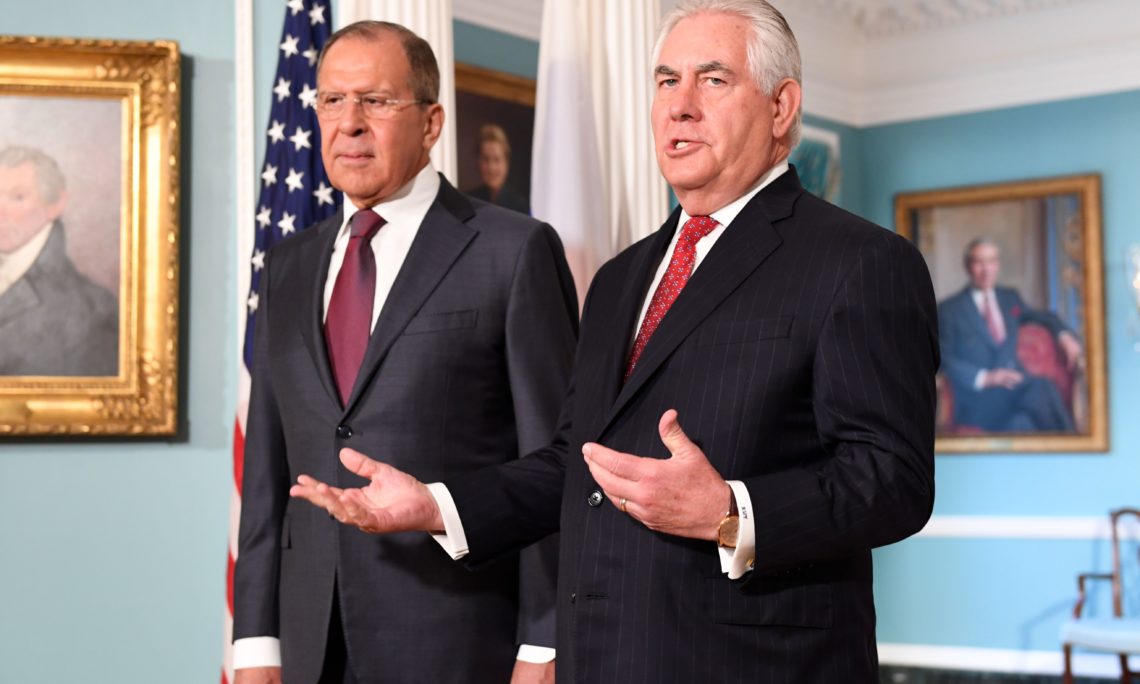 Readout
Office of the Spokesperson
Washington, DC
May 10, 2017

The below is attributable to Department Spokesperson Heather Nauert:

Secretary Tillerson met with Russian Foreign Minister Sergey Lavrov today in Washington for more than an hour to discuss a range of issues including Ukraine, Syria, and bilateral concerns.

The Secretary and Foreign Minister discussed the importance of defeating ISIS, de-escalating the violence in Syria, and ensuring that humanitarian assistance reaches hundreds of thousands of civilians throughout the country. Additionally, the Secretary and Foreign Minister restated support for the UN-led political process in Geneva, which is central to international efforts to bring about an enduring resolution to the conflict.

On Ukraine, Secretary Tillerson stressed the need for progress toward full implementation of the Minsk agreements. Sanctions on Russia will remain in place until Moscow reverses the actions that triggered them.

The United States and Russia agreed to continue discussions to resolve other issues of bilateral concern, including strategic stability.