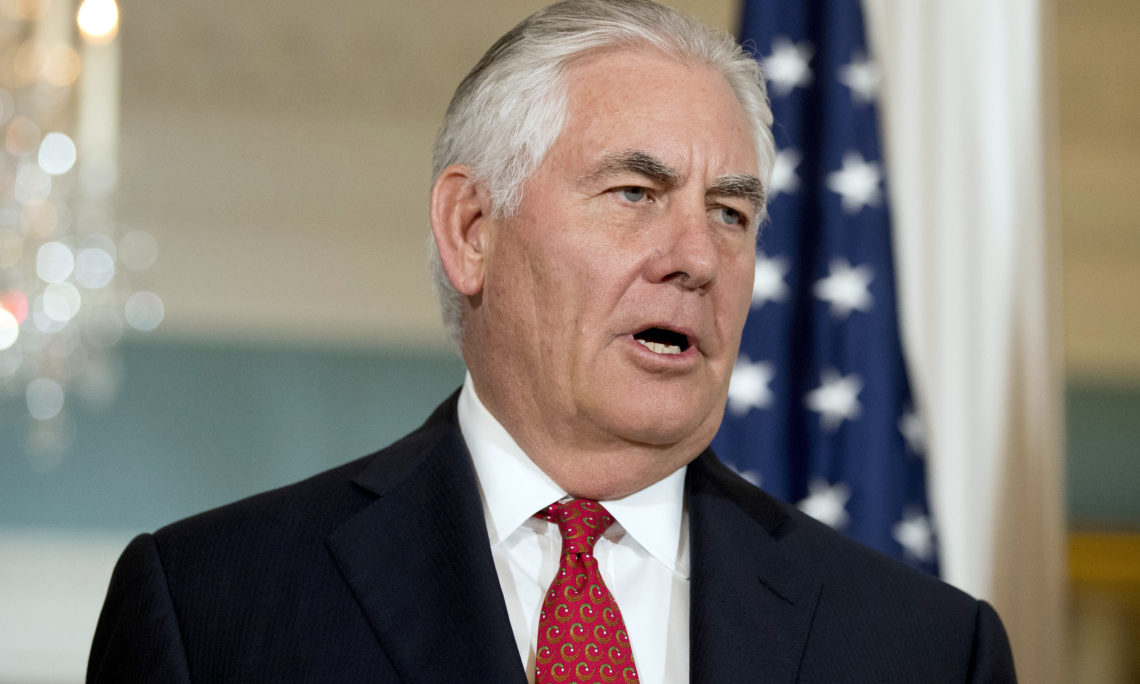 We congratulate the Syrian people and the Syrian Democratic Forces, including the Syrian Arab Coalition, on the liberation of Raqqa.  The United States is proud to lead the 73-member Global Coalition that supported this effort, which has seen ISIS’s so-called caliphate crumble across Iraq and Syria.  Our work is far from over but the liberation of Raqqa is a critical milestone in the global fight against ISIS, and underscores the success of the ongoing international and Syrian effort to defeat these terrorists.

In January, ISIS was actively plotting terrorist attacks against our allies and our homeland in Raqqa.  Nine short months later, it is out of ISIS’s control due to critical decisions President Trump made to accelerate the campaign.  Over the last seven months, millions of people have been liberated from ISIS’s brutal rule and working with our partners on the ground we are setting the conditions to enable people to return home.

We cannot forget that this accomplishment also came at significant costs.  The Syrian Democratic Forces suffered many losses along the way and we join them in mourning the lives lost.  We also mourn the U.S. service members, and others from the Coalition, who made the ultimate sacrifice of giving their life to rid the region of ISIS and protect our homeland.

ISIS cruelty and barbarity cannot be overstated.  We witnessed ISIS deliberately and consistently using civilians as human shields and leaving behind mines to maim and kill children and other civilians seeking only to return to their homes or schools.  The barbaric nature of ISIS’s tactics left many scars and we are supporting stabilization efforts in liberated areas to help these communities heal.

While we continue the fight to ensure ISIS is defeated militarily where it remains in Syria, the U.S. and other Coalition members are making every effort to remove explosives left by ISIS and to get critical humanitarian assistance to vulnerable populations.  We are also supporting the efforts of the Raqqa Civil Council and other local Syrian actors to re-establish basic security and deliver essential services to stabilize communities, refurbish schools, and help facilitate the safe and voluntary return home of displaced Syrians.

This also marks the beginning of a new phase in the Syrian conflict.  As we and our partners push toward the territorial defeat of ISIS, we will continue to seek to de-escalate violence across Syria.  Reducing violence in Syria will allow the United States, our allies, and partners to focus even more on advancing UN-led diplomatic efforts, within the framework of UN Security Council Resolution 2254, aimed at reaching a genuine political transition that honors the will of the Syrian people.

ISIS’s loss of Raqqa does not mean our fight against ISIS is over.  The Global Coalition will continue to draw on all elements of national power – military, intelligence, diplomacy, economic, law enforcement, and the strength of our communities – until all Syrians have been liberated from ISIS brutality and we can ensure that it can no longer export its terror around the world.  The Coalition will continue its relentless campaign to deny ISIS safe haven anywhere in the world, and sever its ability to recruit, move foreign terrorist fighters, transfer funds, and spread false propaganda over the internet and social media.  We are confident that we will prevail and defeat this brutal terrorist organization.