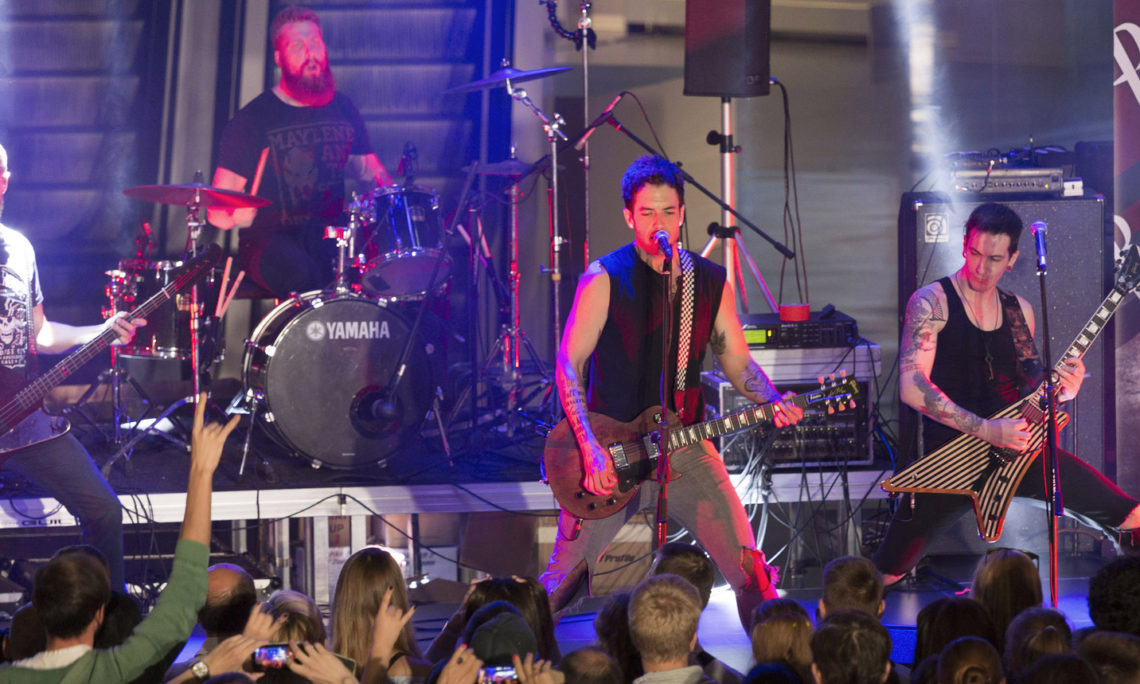 Northern Virginia-based progressive rock band Burn The Ballrooom spent an intensive concert week in the Mid- and South Urals.  The band performed in both large and small venues, including the Yeltsin Presidential Center in Yekaterinburg and Sergy Prokofyev Concert Hall in Chelyabinsk.  The American musicians performed at the Day of Knowledge celebration show at Tchaikovskiy Institute of Arts and met with students of the performing arts department.

They also conducted workshops for Chelyabinsk-based Sunday Rock and Now & How music schools, performed for rock music fans in the town of Alapayevsk, and explored the Urals’ lifestyle, traditions, and historical and cultural heritage with a diverse cultural program.  The band members participated in a Jeopardy Game for ACCESS students arranged by the U.S. Consulate.  The band members noted the special hospitality and enthusiastic applause of audiences, as well as the many interesting conversations and interactions with their new friends and fans.  Burn The Ballroom band members were especially excited and moved by the opportunity to ride the US-made WWII times jeep Willys MB provided to Russia through the Lend-Lease program.