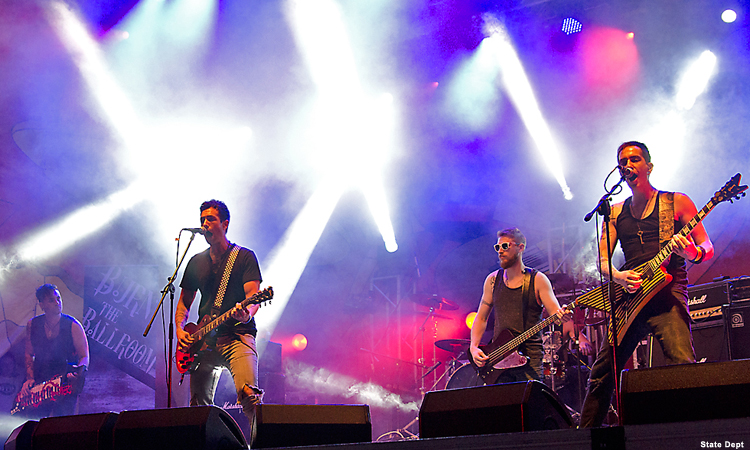 Burn the Ballroom at V-ROX.

August 17 – September 5, the U.S. Consulate General Vladivostok carried out a multi-event, multi-city music program reaching over 10,000 music fans in Vladivostok, Khabarovsk, and Irkutsk, including headlining the largest rock music festival in the Russian Far East, V-ROX. American group “Burn the Ballroom” built on their growing Russia fame by continuing the tour, with U.S. Consulate General Yekaterinburg’s support, in Yekaterinburg, Alapayevsk, and Chelyabinsk, closing with a final concert in Moscow at “Mumiy Troll” Music bar. The band’s tour was widely covered by regional TV and online and print media with many raving reviews. Fans from across Russia filled their social media pages with selfies with band. In Vladivostok the band teamed up with VGUES Higher school of Television to produce a music video for their new song from their upcoming EP. The footage for the video was shot during V-ROX and their other concerts, along with the band’s journey and outreach throughout the region.