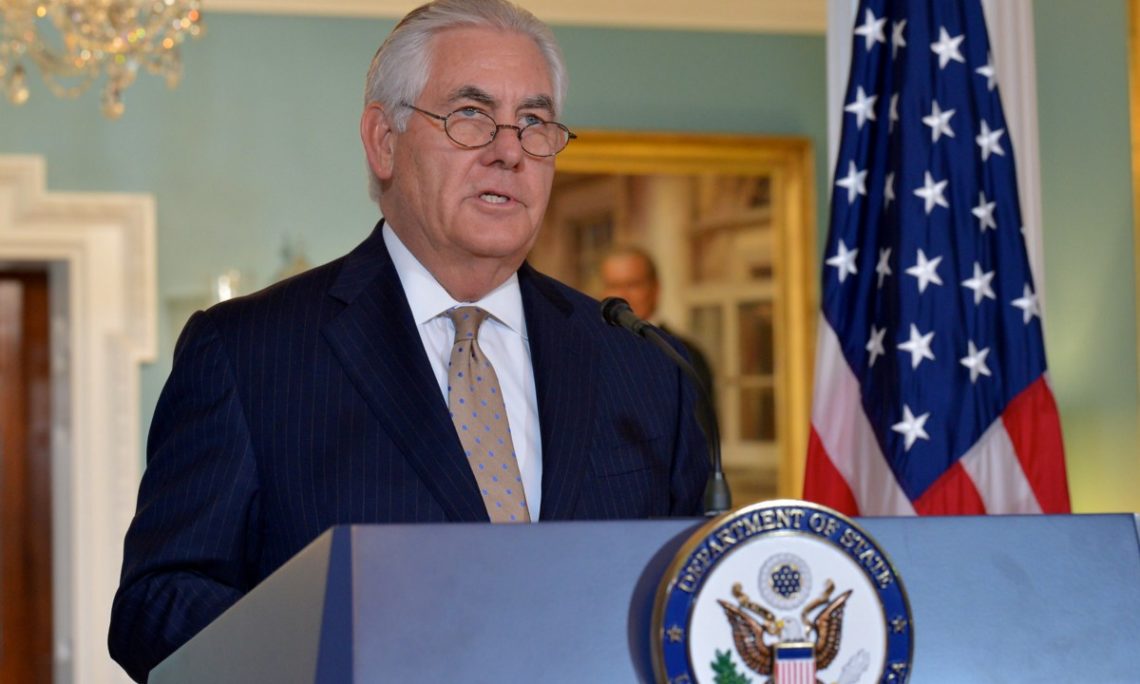 Good afternoon, and I thank all of you for your patience. I know you’ve been waiting a little while.
Three weeks ago, the President joined members of the Gulf Cooperation Council in a strong show of partnership, repudiation of extremism, and a plan to defeat terrorism of all kinds in the region and around the world.

Now, the situation in the Arabian Gulf over the last few days is troubling to the United States, the region, and to many people who are directly affected. The United States wishes to reaffirm our commitment to the spirit of the summit. As we combine efforts to defeat the military, financial, and ideological support of terrorists, we expect to see progress in the Arab world toward greater political expression. An important pathway to attack Islamic extremism and to prevent political activism from escalating into violence is to allow marginalized voices opportunities for political expression.

But this process requires regional and global consensus and mutual understanding. The GCC summit creates a platform to achieve this consensus and understanding. We call for calm and thoughtful dialogue with clear expectations and accountability among the parties in order to strengthen relationships. We ask that there be no further escalation by the parties in the region. We call on Qatar to be responsive to the concerns of its neighbors. Qatar has a history of supporting groups that have spanned the spectrum of political expression, from activism to violence. The emir of Qatar has made progress in halting financial support and expelling terrorist elements from his country, but he must do more and he must do it more quickly.

Others must also continue to eliminate factions of support for violent organizations within their own borders. Again, that was a commitment made by all at the summit. We call on the Kingdom of Saudi Arabia, the United Arab Emirates, Bahrain, and Egypt to ease the blockade against Qatar. There are humanitarian consequences to this blockade. We are seeing shortages of food, families are being forcibly separated, and children pulled out of school. We believe these are unintended consequences, especially during this Holy Month of Ramadan, but they can be addressed immediately.

We support the emir of Kuwait’s efforts to bring about a peaceful resolution to this agreement and progress toward eliminating all forms of support for terrorism – military, financial, moral, or ideological. The U.S. will support these mediation efforts along with the emir of Kuwait.

In the last few days, I have spoken to many leaders in the region. And as I said to all of them, we know you are stronger together. It is clear to me, based on these conversations, that the elements of a solution are available. The GCC must emerge united and stronger to show the world the GCC’s resolve in its fight against violence and terrorism, and its commitment to countering the threat from extremism.

Our expectation is that these countries will immediately take steps to de-escalate the situation and put forth a good-faith effort to resolve their grievances they have with each other. Thank you very much.