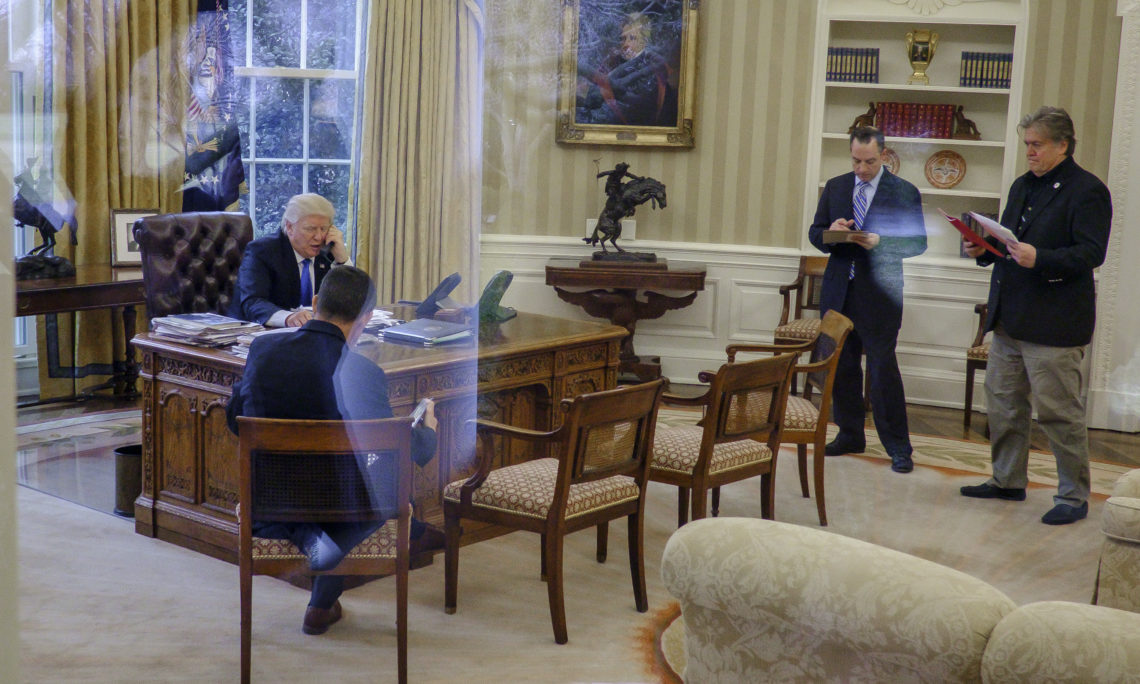 United States President Donald Trump speaks with Chancellor of Germany, Angela Merkel on the telephone in the Oval Office on January 28, 2017 in Washington, DC, The call was one of five calls with foreign leaders scheduled for Saturday. Credit: Pete Marovich / Pool via CNP / MediaPunch/IPX

Office of the Press Secretary

READOUT OF THE PRESIDENT’S CALL WITH RUSSIAN PRESIDENT VLADIMIR PUTIN

President Donald J. Trump received a congratulatory call today from Russian President Vladimir Putin. The call lasted approximately one hour and ranged in topics from mutual cooperation in defeating ISIS to efforts in working together to achieve more peace throughout the world including Syria. The positive call was a significant start to improving the relationship between the United States and Russia that is in need of repair. Both President Trump and President Putin are hopeful that after today’s call the two sides can move quickly to tackle terrorism and other important issues of mutual concern.