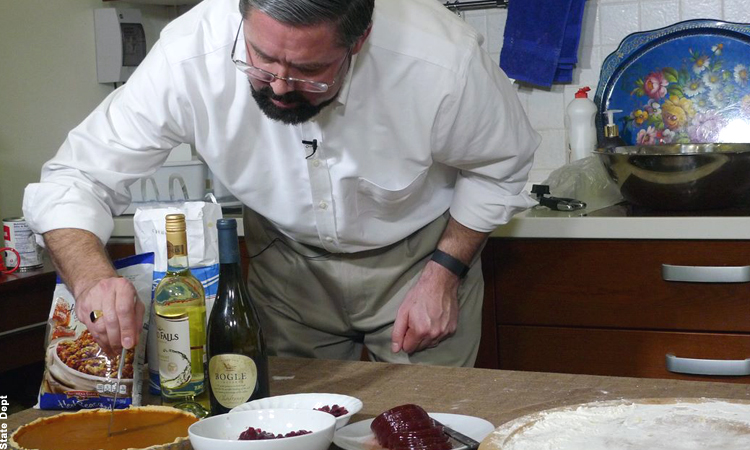 On Thanksgiving Eve, Vladivostok CG Michael Keays participated in a popular cooking show “Weekend Recipe” ran by principal regional online news agency Primamedia.  The kitchen in the CG residence was remodeled into a photo studio:   Primamedia correspondents filmed a detailed report on the “secrets of pumpkin pie recipe”.  While mixing, stirring, kneading and baking Michael Keays was also telling journalists about the origin of the holiday and its celebration in the United States.  As a result, the final Primamedia product presented a colorful combination of the cooking show and lively explanation of Thanksgiving importance for the American nation.