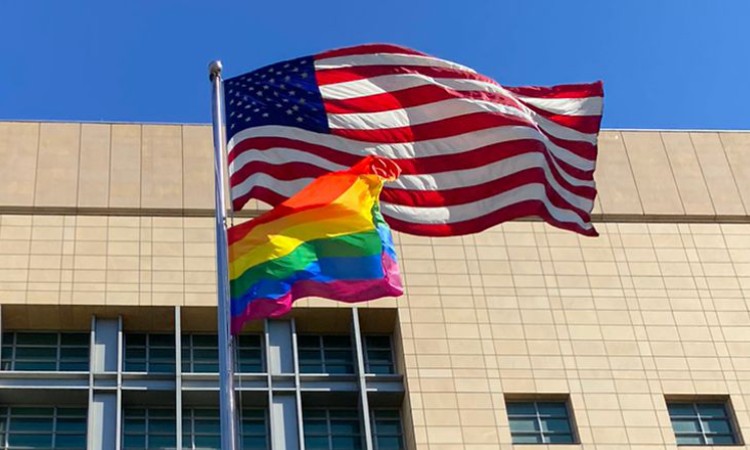 Joint Statement on Pride Month by the Ambassadors of Australia, Canada, New Zealand, Iceland, Ireland, Sweden, the United Kingdom, and Charge d’ Affaires of Lithuania and the United States

We, the undersigned Ambassadors of Australia, Canada, New Zealand, Iceland, Ireland, Sweden, the United Kingdom, and Charge d’ Affaires of Lithuania and the United States, celebrate Pride Month by affirming the inherent human rights of each individual as expressed in the Universal Declaration of Human Rights, including members of the lesbian, gay, bisexual, transgender, queer, and intersex (LGBTQI+) community. Unfortunately, LGBTQI+ individuals throughout the world continue to face violence, harassment, and discrimination simply because of who they are or whom they love.

This June, we celebrate Pride Month by applauding the accomplishments of LGBTQI+ activists and their allies, all of whom are working to ensure that every individual, regardless of sexual orientation, gender identity, or sex characteristics, receives the full protection of the law. Human rights are universal and everyone, including LGBTQI+ persons, are entitled to their full enjoyment.