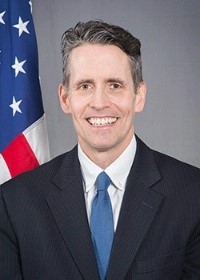 Bart Gorman is the Deputy Chief of Mission at the U.S. Embassy in Moscow.  A career member of the Senior Foreign Service, Mr. Gorman is responsible for managing key aspects of the U.S. – Russia relationship.

From 2017-2019, Mr. Gorman served as the Deputy Assistant Secretary and Assistant Director for Threat Investigations and Analysis (TIA), Bureau of Diplomatic Security, U.S. Department of State. In this capacity, he oversaw all Diplomatic Security programs that analyze, assess, investigate, and disseminate information on threats directed against U.S. diplomatic personnel overseas and domestically.

Previously, Mr. Gorman worked as the Director of Diplomatic Security’s Office of Intelligence and Threat Analysis (DS/ITA), where he led a cadre of analysts and support staff responsible for enhancing the safety and security of U.S. diplomatic facilities, personnel, and other key constituencies by monitoring, analyzing, and providing warnings about threats impacting U.S. interests worldwide.