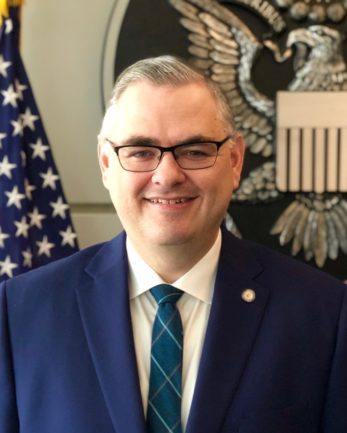 In 2017, he was a distinguished graduate of the Dwight D. Eisenhower School for National Security and Resource Strategy of the National Defense University, Washington, DC (MS, national resource strategy).

Mr. Crishock joined the Foreign Service in January 1999. He has served at several overseas postings as well as in Washington, DC. His most recent overseas posting was as Chargé d’Affaires in St. George’s, Grenada. Crishock speaks Serbo-Croatian, Russian and some Ukrainian. His hobbies include reading and jazz music. Mr. Crishock is single and has no children.