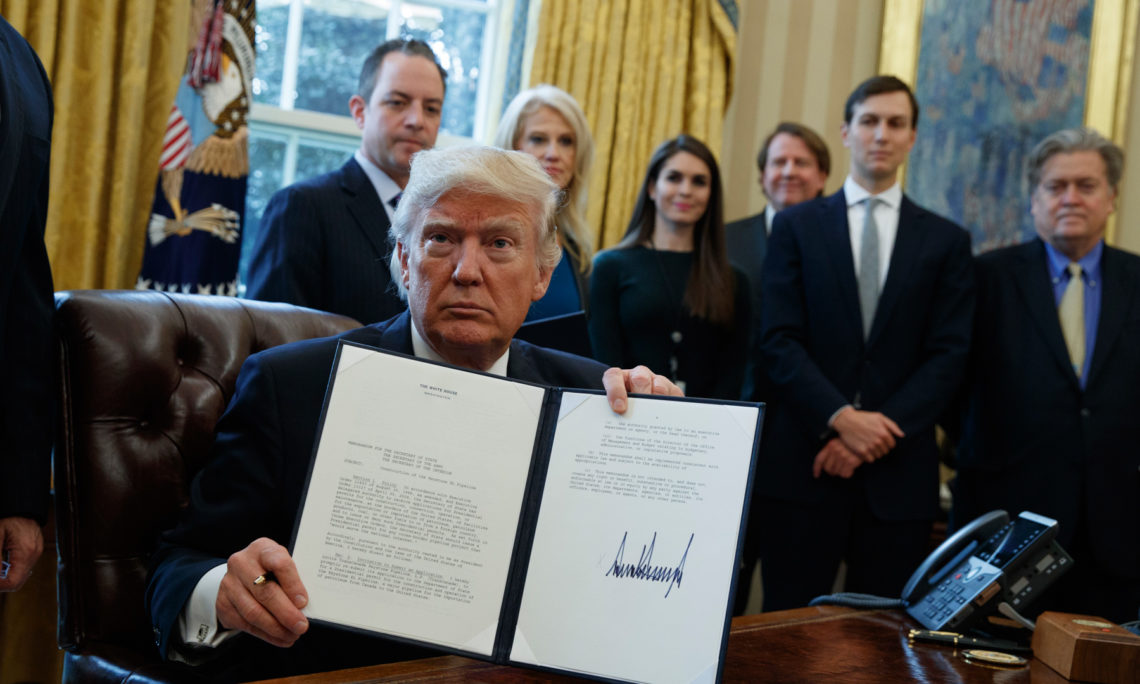 President Trump has signed many documents since his January 20 inauguration. These documents set out Trump’s policies on health care and international trade, among other things.

Some of these measures are called executive orders. Others are considered White House or presidential memoranda.

So what’s the difference?

Both executive orders and memoranda have what is known as the “force of law” on federal employees. In other words, they have the same power as legislation approved by Congress and signed by the president.

But there are differences.

Executive orders must identify whether the order is based on the U.S. Constitution or a law. They also must tell the cost of carrying out the order. Memoranda do not have to state such a cost, unless it is more than $100 million.

Every president except one has signed executive orders and memoranda. The exception is William Henry Harrison, who died after serving just one month in office. Franklin Delano Roosevelt, the only president who served more than two terms, signed 3,721 executive orders — more than anyone else. Most of them dealt with measures to help the country fight the Great Depression and World War II.

Some executive orders have changed history. Here are some of the most famous:

President Abraham Lincoln signed the Emancipation Proclamation on January 1, 1863. This executive order freed all slaves living in states not under Union control during the Civil War. Since the southern states had rebelled against the federal government and left the Union, the order had little immediate effect. But it did ensure that any slaves who escaped to the northern states were free.

During the Great Depression, President Roosevelt used a 1933 executive order to create the Civil Works Administration, which created about 4 million new government jobs. A 1934 order created the Rural Electrification Administration to bring electricity to rural, undeveloped areas of the country.

Desegregation of the military

In 1948, after the end of World War II, President Harry Truman signed an executive order that officially ended racial barriers in the U.S. military. The words of the order were simple: “There shall be equality of treatment and opportunity for all persons in the Armed Services without regard to race, color, religion or national origin.” Before the order was signed, military forces trained, worked and even fought in groups separated by race.

Very few of the thousands of executive orders and memoranda are as historic as those noted here.  All, however, express the president’s opinions about a subject of importance and afford us insight into the times in which that president served.