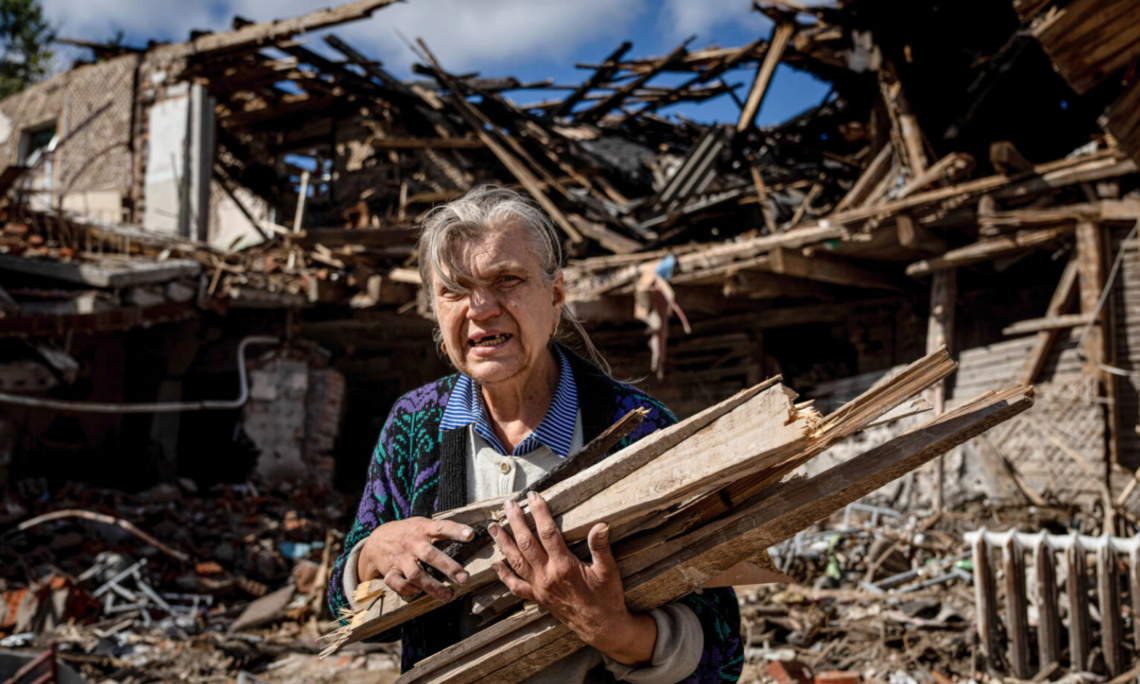 A woman collects wood for heating September 19 from a destroyed school where Russia's forces were based in Izyum, Ukraine. Ukraine recaptured the area earlier in September. (© Evgeniy Maloletka/AP Images)

The Kremlin seeks to undermine all aspects of civilian life in Ukraine. Some examples of Russia-imposed measures and the resilience the people of Ukraine continue to show:

Moscow calls its school curriculum the “Russian World” project. Teachers who oppose it face arrest. Kremlin-installed authorities threatened to separate children from families who refuse to enroll their children in schools with Russia-imposed curriculum. One teacher said Russia’s forces ordered her to destroy thousands of Ukrainian textbooks, but she hid the books.

Children are separated from families and deported to Russia for adoption as part of Russia’s filtration operations. Civilians trying to leave areas must provide identification, return dates and their phones’ serial numbers. Some residents could not leave their homes even to bury the dead.

Russia’s forces occupied business and set up operations while workers must get Russia-issued passports. Witnesses reported Russia’s soldiers tortured and killed those suspected of helping Ukraine’s military. Despite the danger, locals press on. A Izyum resident called Ukraine’s freeing of the city a “balm for the soul.”