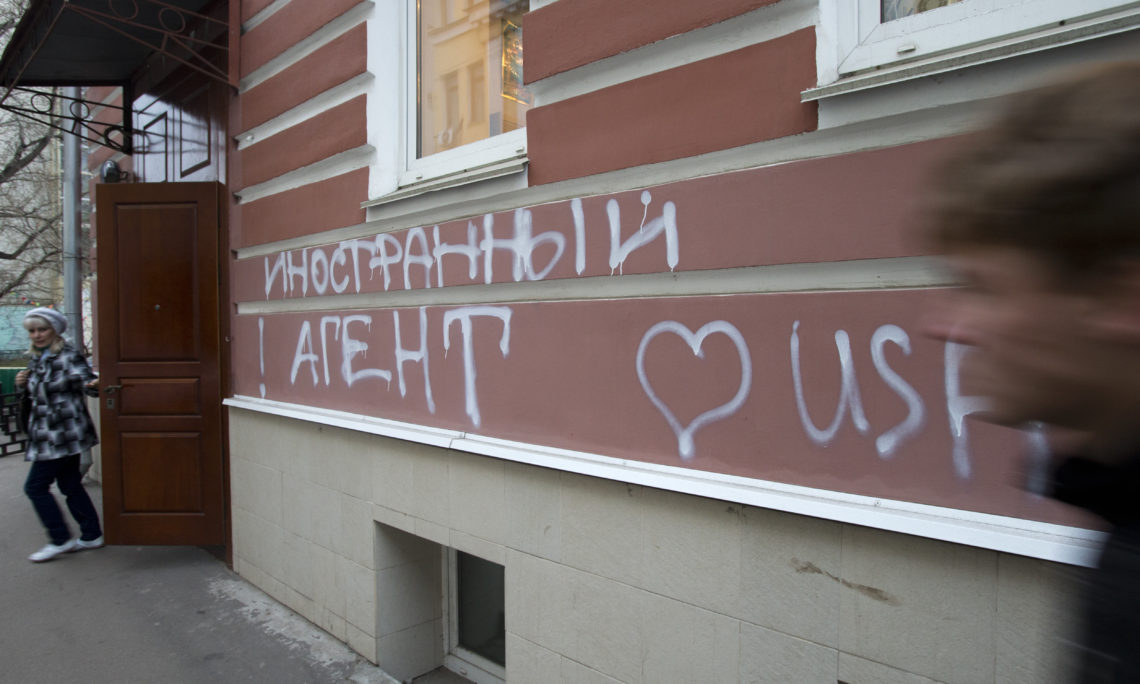 A man passes by the office of Memorial rights group in Moscow, Russia, Wednesday, Nov. 21, 2012. The building has the words Foreign Agent (Loves) USA spray-painted on its facade by unidentified people. A new law requiring non-government organization receiving money from abroad to register as "fore

Russia reached an unfortunate milestone December 19 when it listed the 150th non-governmental organization (NGO) under its so-called “foreign agent law.” The use of the term “foreign agent” is a deliberate choice suggesting that these organizations are traitors. In fact, under this legislation Russia has targeted ‎organizations dedicated to pursuits such as fighting torture, preventing the spread of HIV/AIDS, and even protecting migratory birds.

The people of Russia deserve a strong, democratic government that respects the role that civil society plays in holding governments accountable and providing essential services, rather than stifling NGOs’ important work‎. We urge the Russian government to abolish this legislation today and uphold its international human rights commitments.