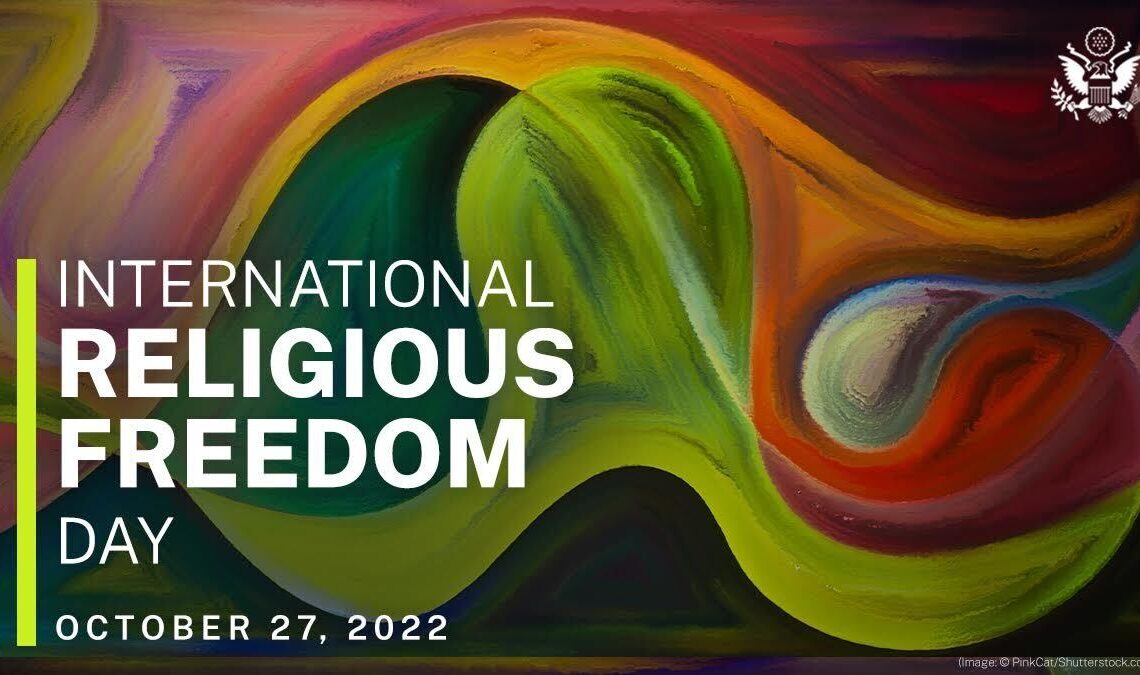 The United States joins the international community in marking the 24th occasion of International Religious Freedom Day. Freedom of religion or belief is a founding principle of our nation, enshrined in our Constitution. Americans cherish the right to worship, or not worship, as they see fit. The International Religious Freedom Act of 1998 further codified this fundamental right in U.S. law. Each year on October 27, we renew our focus on a human right that must never be taken for granted. We commit to redoubling our efforts to see that everyone everywhere can enjoy this human right as we do.

The U.S. government partners with civil society and governments in advocacy for religious freedom. These vital partners include the members of the International Religious Freedom or Belief Alliance, now numbering 42 countries – all committed to confronting violations of religious freedom around the world. Many governments and societies continue to target religious communities using unacceptable tools such as blasphemy and apostasy laws, criminalizing forms of speech and expression, and arbitrary abuses by authorities. Governments are increasingly imposing excessive and onerous regulation of religion and religious life. Countless faith communities around the world face intense social pressure and discrimination. Our united efforts can shine a light on the worst offenders and abuses of religious freedom, as we seek justice for victims and accountability for perpetrators of abuses or violations of religious freedom.

Today and every day, we must all work together to advance the freedom of religion or belief everywhere.