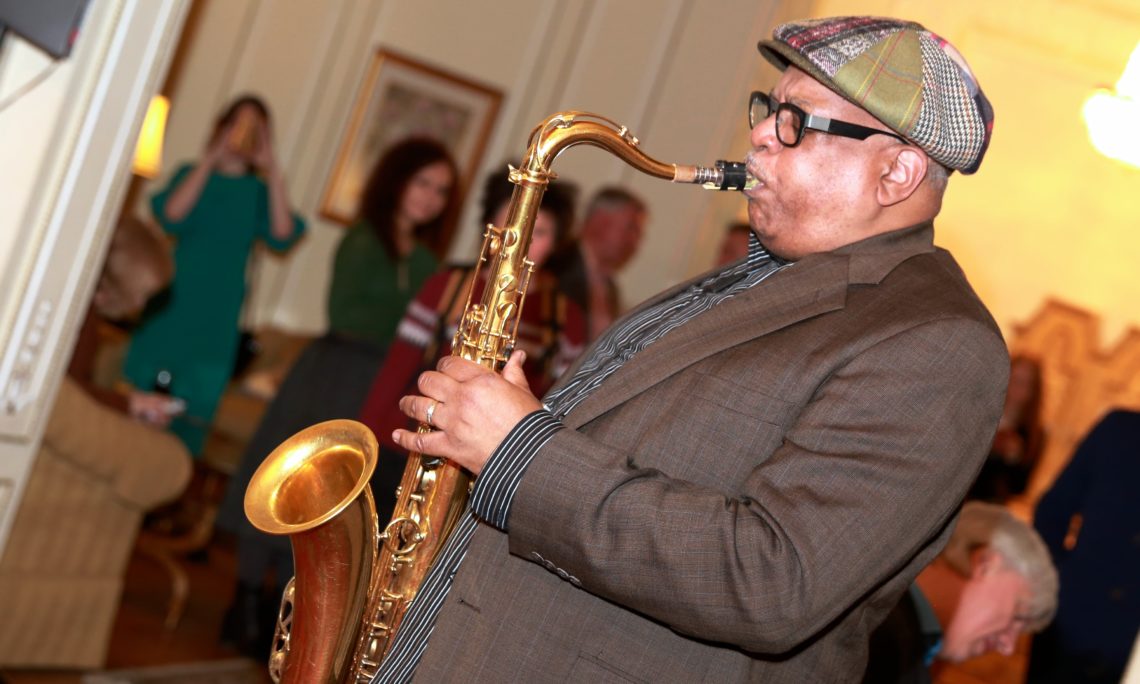 The U.S. Consulate in St. Petersburg supported the tour of tenor saxophonist Bill Saxton, known as Harlem’s Jazz King, to North West Russia. His program highlighted and honored the accomplishments of African-Americans throughout American history demonstrating the notable contributions made by African-Americans to the world of music, and jazz in particular. Together with the Alexey Cheremizov jazz trio Bill Saxton performed music by African-American composers such as Louis Armstrong, Thelonious Monk and Frank Foster. Concerts were held in Novgorod, Pskov, Kaliningrad, St. Petersburg, and Petrozavodsk with great success. Bill Saxton also visited Novgorod State University to share his music and African-American history and culture with Russian students and gave a masterclass in jazz to students of Mussorgsky Musical College in St. Petersburg. It was the rare chance for Russian students to meet face-to-face with an American performer and exchange thoughts and ideas.

Kultura TV channel filmed Bill Saxton’s visit and performance in St. Petersburg to produce a special program about Russian-American collaboration in jazz.  Voice of America also interviewed him on his experience and tour in North West Russia.  The program closed with a the festive reception at the U.S. Consul General’s Residence where Bill Saxton also spoke about Black History Month and performed with the Russian musicians. 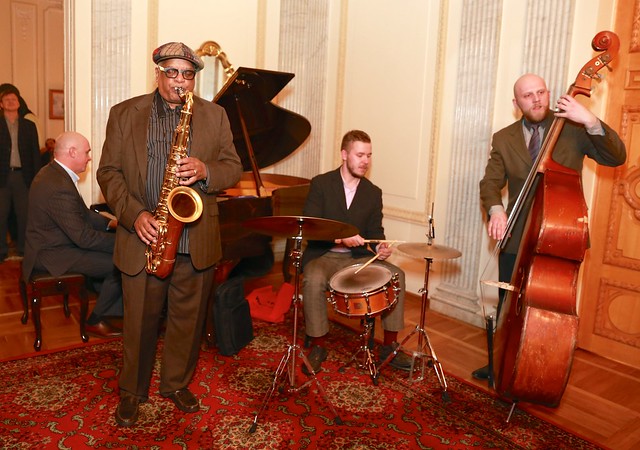