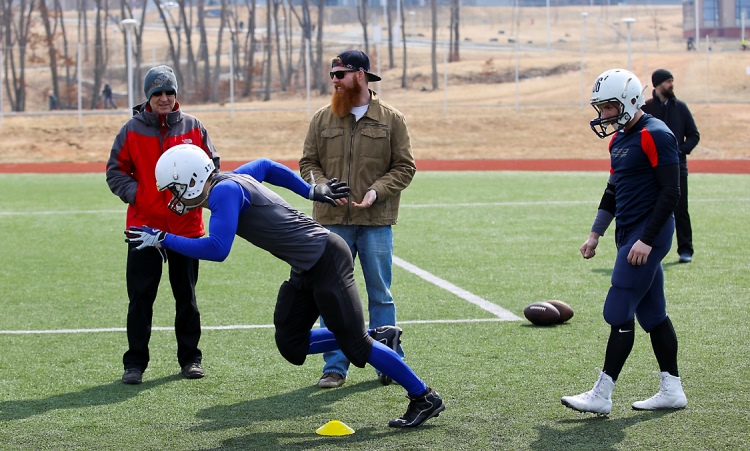 When Burn the Ballroom, a rock-band from North Virginia was performing a public diplomacy tour around the Russian Far East in August 2016, drummer (and high school football coach) Jack Ivins was thrilled to discover that young people in this territory share his passion for American football. So on March 19 – April 5 Jack Ivins, who also played wide receiver for James Madison University, returned to Russia and conducted a vigorous sports and music diplomacy program in the three largest cities of the Russian Far East. In Khabarovsk he carried out five days of clinics for Legio and Cobras, the city’s men’s and women’s football teams, who enthusiastically absorbed the first-hand U.S. expertise. With football coaching as his day job on this program, he spent his evening carrying out rock diplomacy. On March 23 he jammed session with Khabarovsk musicians at popular rock bar. Two days later over 800 fans cheered Jack sitting in on drums with the headliners of a hard rock festival, local favorites “The Starkillers.” Next, in Yakutsk, Jack coached the ambitious Yakutia Booturs, spoke to middle-school and college students on his life as a musician and athlete, was featured on local television programs, and experienced a spectacular cultural exchange with ethnic Yakut folk musicians. Finally the indefatigable Jack flew to Vladivostok, where he continued his football coaching efforts, participated in a “drum off” at a local rock-café, performed a master-class at the Far Eastern Academy of Arts, and starred in a live talk show on the city radio station to promote American football and discuss his life as a working musician. 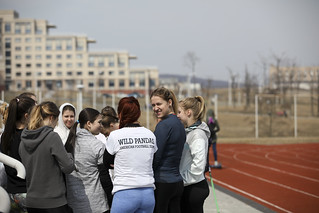