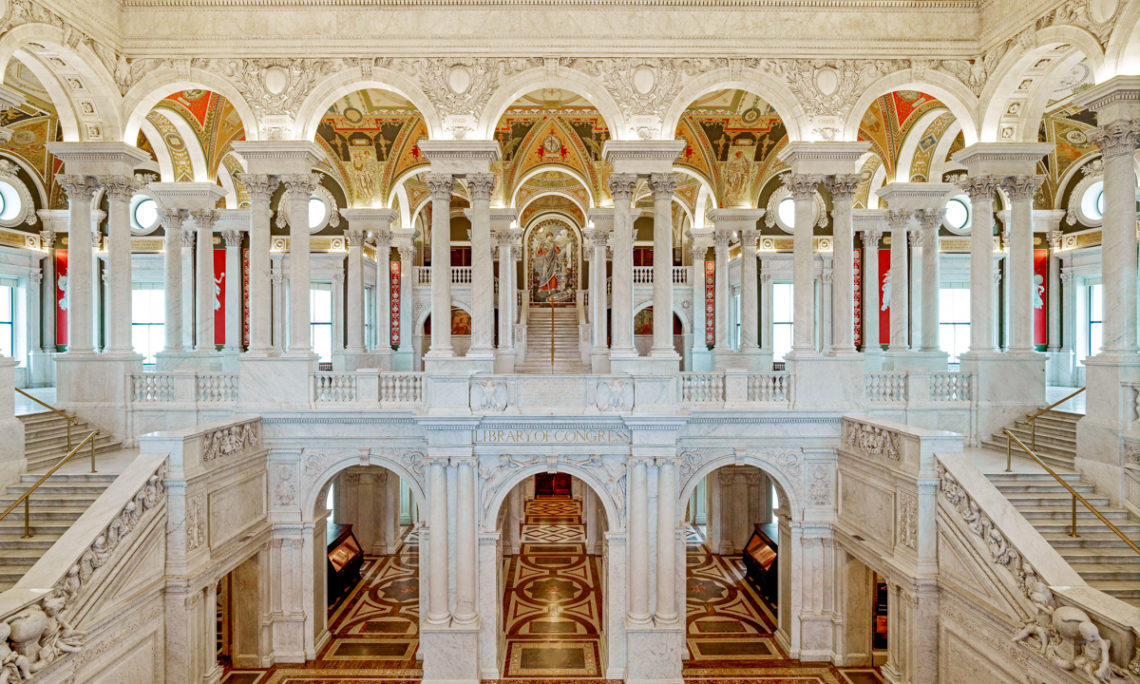 The Library of Congress, founded in 1800, is a book lover’s dream. With 164 million items and 1,350 kilometers of bookshelves, it’s the world’s largest library.

Even if you can’t get to Washington to visit the marble and granite Library of Congress, across the street from the U.S. Capitol, you can take a virtual tour of the Italianate building by clicking on the video below.

What’s more, you can access a sizable part of the content of the library from anywhere, as long as you have an internet connection.

Since 1993, the library has been digitizing its collections, sharing them with the world through its online portal.

“The focus has always been on making accessible things that are only found at the Library of Congress,” said John Van Oudenaren, who directs international outreach for the library’s educational programs. “About a quarter of our traffic is international.” Although many of the offerings are American, Van Oudenaren said the library is also digitizing its collections from Russia, China and countries in the Middle East.

“Of all of the stuff that’s been digitally converted, at least some has been done from every kind of format the library collects,” he said. In addition to books, the library holds 3.6 million recordings, 14 million photographs, 5.5 million maps, 8.1 million pieces of sheet music and 70 million manuscripts.

Want to explore? Van Oudenaren suggests you check out these highlights from the digital collection:

Other holdings are available through the World Digital Library, a cooperative project of the Library of Congress, the United Nations Educational, Scientific and Cultural Organization (UNESCO), and partner libraries and institutions from the U.S. and around the world. The World Digital Library has holdings in seven languages. Van Oudenaren lists these as some of the best: