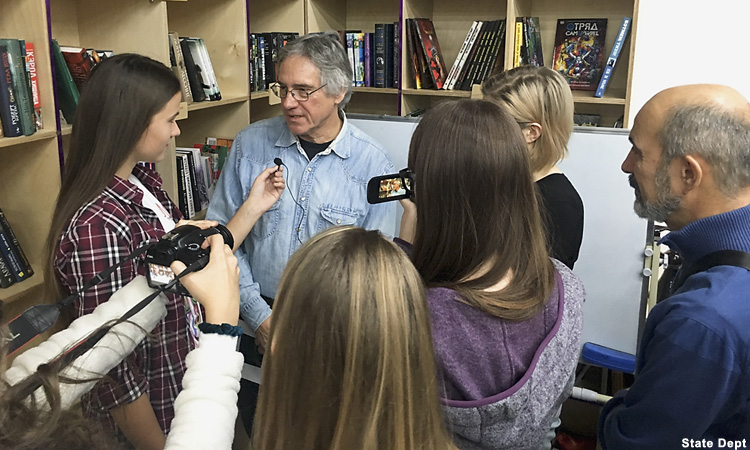 Chris Beaver at a master class.

Chris Beaver, an Emmy Award-winning film director from California, conducted an extensive three-day Speaker Program in Vladivostok promoting San Francisco’s “zero waste” initiative and educating Vladivostok enthusiasts on basic film-making techniques.  On February 9, Mr. Beaver presented his documentary, “Racing to Zero: In Pursuit of Zero Waste,” to 100 spectators at the Ocean IMAX movie theater.  The movie, which investigated the ambitious initiative of the San Francisco community to recycle and compost all city garbage, energized the local audience.  During the vivid Q&A session participants asked about economic, social and psychological aspects of the “zero waste” implementation and stated that “Vladivostok is ready for a similar program.”  Mr. Beaver participated in two lengthy radio and TV talk show interviews and spoke to a number of journalists representing local print and online media.  His two master classes on improving photography of motion pictures by cellphones and cameras attracted similar public and media attention.  The city library hall was so full some participants had to stand or sit on window sills.

Tips for Shooting Better Video on a Smartphone