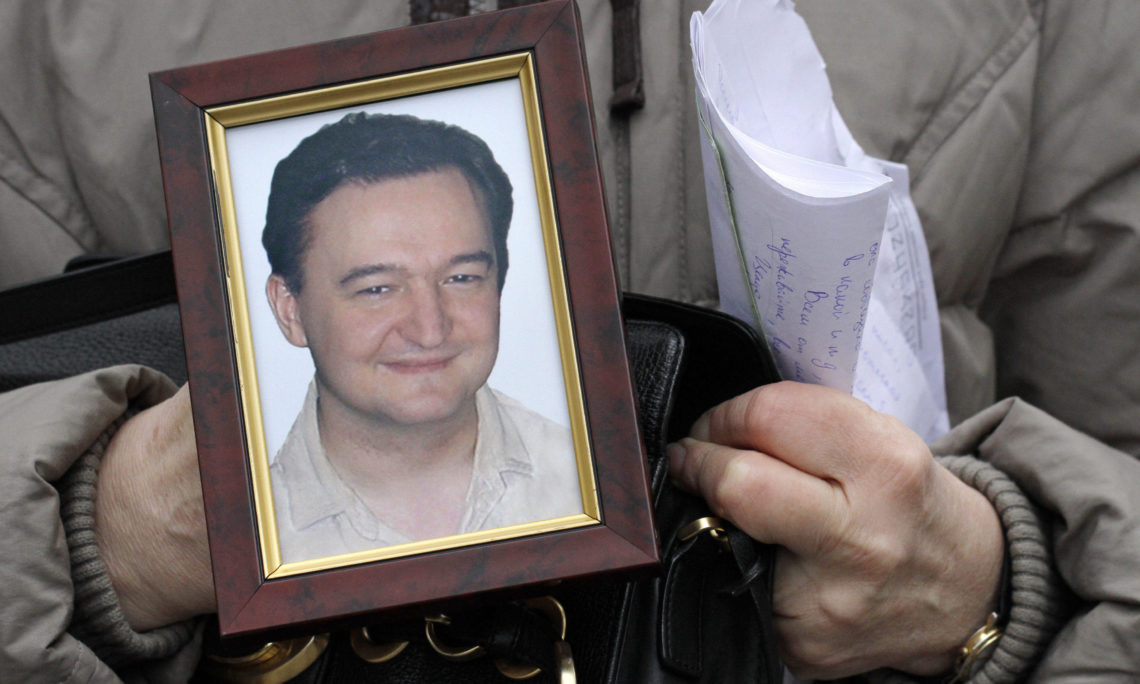 Nov. 30, 2009, file photo a portrait of lawyer Sergei Magnitsky who died in jail, is held by his mother Nataliya Magnitskaya, as she speaks during an interview with the AP in Moscow. (AP Photo/Alexander Zemlianichenko, File)

Office of the Spokesperson

Eighth Anniversary of the Death of Sergey Magnitskiy

We honor the memory of Sergey Magnitskiy, who died on November 16, 2009, while in custody in a Moscow prison.  An investigation by Russia’s Presidential Human Rights Council found that Magnitskiy had been severely beaten in prison, and members of the Council said his death resulted from beatings and torture by police officials.

Magnitskiy uncovered a vast tax fraud scheme perpetrated by Russian officials, and was imprisoned by those whose crimes he uncovered.  Russian authorities have failed to hold those responsible for his death accountable and instead, in recent months appear to be increasingly propagating conspiracy theories designed to distract attention from the crime.

In honor of Magnitskiy’s extraordinary courage, we continue to support efforts to hold those responsible for his treatment in prison and subsequent death accountable, including implementation of the Sergei Magnitsky Rule of Law Accountability Act of 2012.