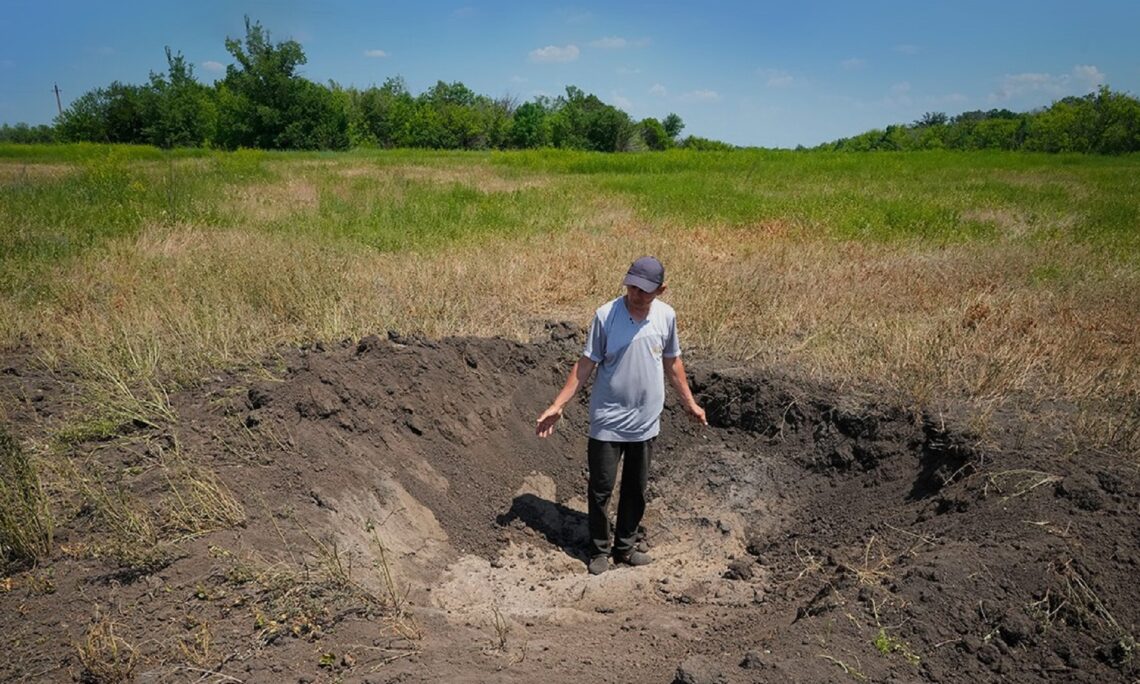 President Putin’s unjustified war against Ukraine puts millions around the globe at risk of increasing food insecurity. The Kremlin’s full-scale invasion of Ukraine, one of the world’s largest exporters of food, has led to the damage or outright destruction of many of Ukraine’s arterial roads, railways, ports, and food storage facilities that are essential to getting its agricultural goods to international markets. These actions guarantee that the pain of this war will also be felt by the world’s most vulnerable populations.

Today the Conflict Observatory, which is supported by the U.S. Department of State, released an independent, first-of-its-kind, and detailed assessment of the devastating impact of Russia’s war on food storage sites in Ukraine. An estimated 15.7% of Ukraine’s crop storage facilities have been affected during the conflict — either due to seizure by Russia’s and Russia-aligned forces, or because facilities have been destroyed, damaged, or degraded to the point of compromising the stocks contained inside. The report notes that intentional destruction of such facilities may constitute a war crime and a violation of the 1977 Additional Protocol I to the Geneva Conventions of 1949; the United States calls for further investigation through appropriate mechanisms. This report and other analyses are available online at the Conflict Observatory website.

Russia has exacerbated a global food security crisis, contributed to significant spikes in the cost of wheat, and forced a scramble to keep hungry and vulnerable populations fed. This summer, the United Nations and Turkey mediated an agreement with Russia and Ukraine to allow safe grain exports from Ukraine’s Black Sea ports. Since August 1, that agreement has reduced global food prices and brought more than 2.7 million metric tons of grain to global markets. But if agricultural infrastructure within Ukraine continues to be damaged in the war, this progress on global food security will be endangered.

In 2022, Ukraine has become the scene of the worst mass-scale violence that Europe has seen in eight decades. Local hardships are compounded by its farmers’ strained ability to operate during wartime, replenish diminished food supplies, and prepare for planting seasons ahead. The ramifications of Russia’s aggression reverberate far outside Europe, and now affect the health and wellbeing of tens of millions of people worldwide. Since February, the United States has provided over $5.7 billion in humanitarian assistance to scale up emergency food security operations in food-insecure countries.

The United States will continue to firmly stand with Ukraine as it defends its freedom, for the sake of its own people and of people across the globe who rely on the harvests from Ukraine’s farmlands. Our support for Ukraine remains unwavering.