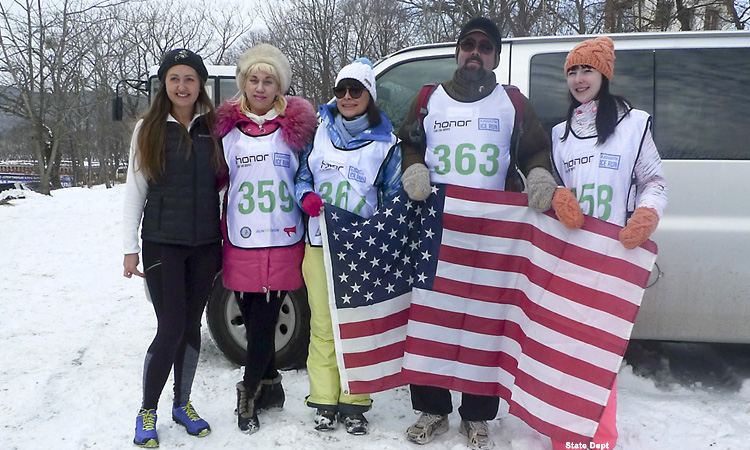 On February 25, 2017 Consul General Michael Keays lead a small but merry team of U.S. Consulate General colleagues in the International “Vladivostok Ice Run 2017” — a run over the Sea of Japan covered with ice. Consul General Michael Keays and the team ran the 5 and 10 kilometers portion of this ice race. One of the colleagues even pushed his son on a sled! About 600 participants from Russia and abroad took part at the International Ice Run including the Consulates of Japan, South Korea, China. The event was widely covered by media.