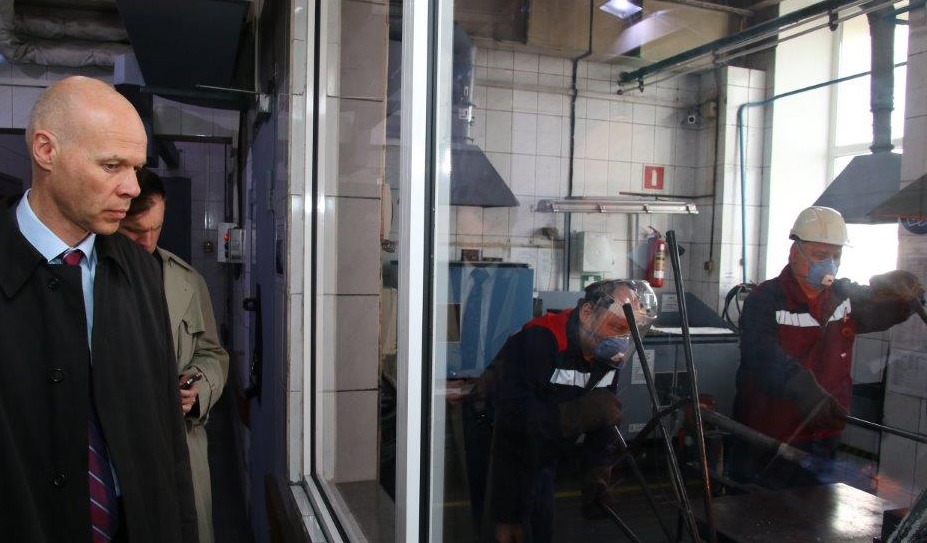 On May 10, the Consul General Marcus Micheli  met with Andrey Kozitsyn, General Director of the Ural Mining and Metallurgical Company (UMMC), and toured the company’s historic copper production facility in Verkhnaya Pyshma. The site visit included a discussion of the cooperation between the U.S. and the Soviet Union in World War II, the workings of UMMC, which produces 39 percent of Russia’s copper and about two percent of the world’s production of copper and copper products, and UMMC’s  powerhouse women’s basketball team, which in May became the Euroleague champion and for the tenth time won the Russian basketball championship.  Several of the top players on the team are American.  At UMMC, the Consul General toured the UMMC factory museum, the Uralelektromed copper smelter facility, the factory’s gold reclamation facility and the UMMC Technical University.