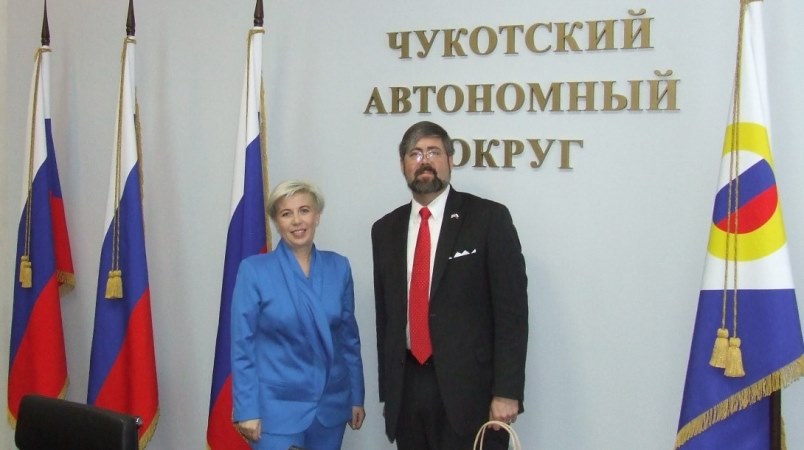 From February 27 through March 3, 2017, Consul General Michael Keays visited the cities of Magadan, Anadyr and Khabarovsk. During these visits, he met with regional and local officials; fellow Russian, Japanese and Chinese diplomats, and local residents who showed him how proud they were about their cities and the role they have played in the history of the USSR and Russia. He explored prospects for U.S. investment and business, and also opened an exhibit on the Lend Lease program at the museum in Chukotka. Everyone he met with was very welcoming and hospitable and did their best to make him feel at home.  As he remarked upon his return to Vladivostok, “The Russian Far East is a vast space, but it is now more known to me than just a depiction on a map.”  His travels to Magadan, Chukotka and Khabarovsk were part of a concerted effort to visit the entire Consular District in the first six months of his assignment to the Russian Far East.